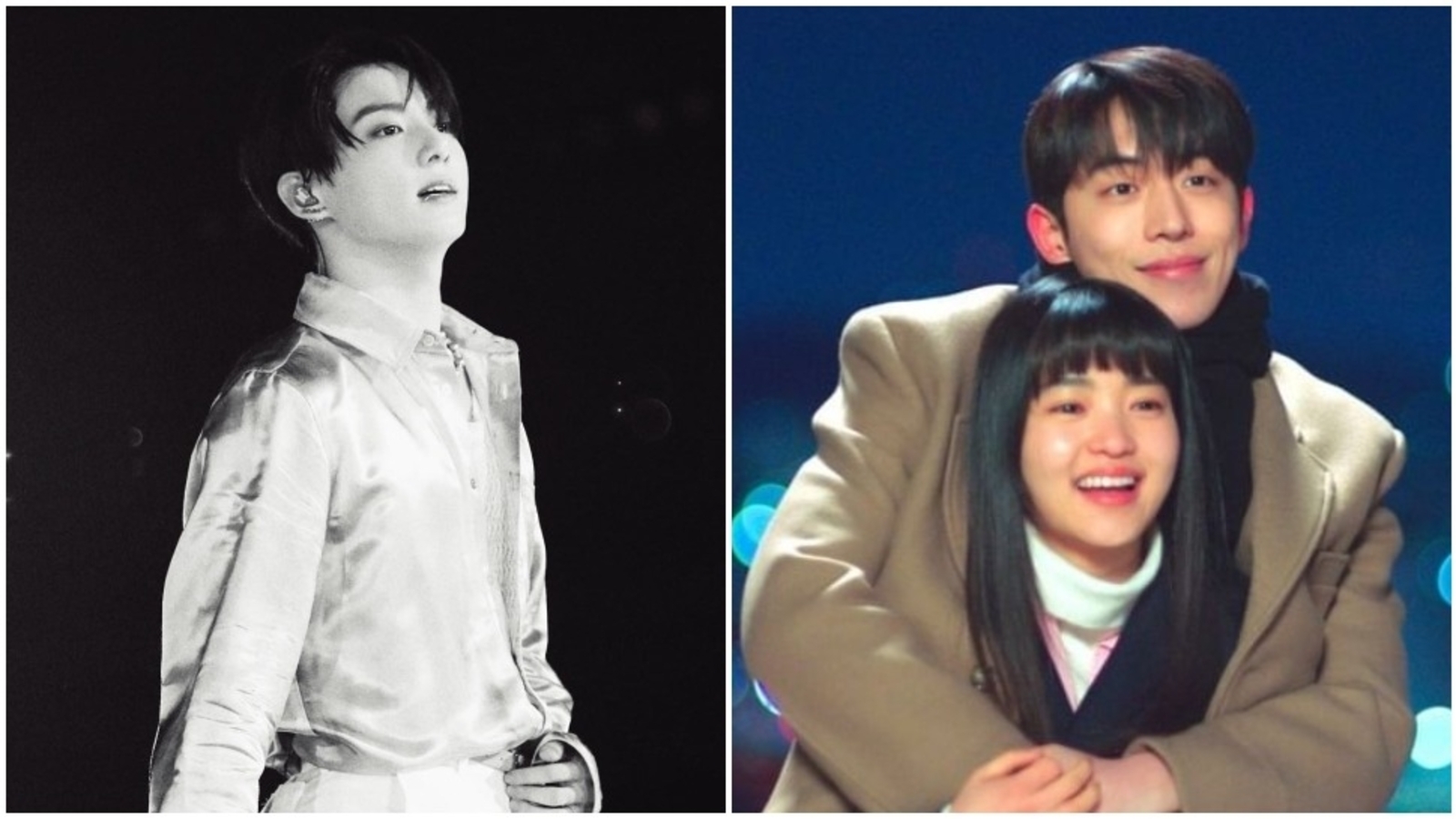 BTS member Jungkook is a big fan of the K-drama Twenty-Five Twenty-One, starring Kim Tae-ri and Nam Joo-hyuk. Taking to Instagram Stories on Saturday, Jungkook interacted with fans and spoke about the show. The last episode of Twenty-Five Twenty-One will air on Sunday. When a fan mentioned it, Jungkook said, “Ah.. I’m gonna watch it.” (Also Read | BTS: Jungkook’s quarantine ends as he makes ‘full recovery’ from Covid-19 just in time for Sunday’s Grammy Awards)

When a BTS fan asked if Twenty-Five Twenty-One has a happy ending or sad ending, Jungkook said, “Ah.. actually I don’t like sad ending? So Director-nim you heard us? We put our hope on you.” Later when a fan said, “Our relationship is like a rainbow.” He replied, “Actually not, this is love, we don’t need a rainbow.” It is a line from the same K-drama.

Last month, Jungkook had revealed that he is a fan of Twenty-Five Twenty-One after he shared a clip from the romantic comedy on his Instagram Stories. In the short clip, Jungkook was heard giggling as a scene from the Netflix series played in the background. Later, Netflix India had tweeted, “Telling everyone I watched Twenty Five Twenty One with Jungkook today.”

On Saturday, when a fan asked Jungkook what’s the first thing he would do after he’s out of quarantine, he replied, “Photosynthesis.” A fan asked what he learned during quarantine and Jungkook replied, “Oh.. during quarantine.. mm.. Although I had experience going in quarantine in Korea. I felt how time was precious. So I feel I need to treasure and wisely utilise time. Just enjoy life.” When a fan called him ‘super antibody Jungkook’, he said, “I’m actually not super antibody very sorry.”

A fan asked for a selfie and Jungkook replied, “Since I’m not ready now.. Mm.. Soon.. Soon…” Since Jungkook has been interacting with ARMY on Instagram, a fan asked if he would do the same on Sunday. Jungkook replied, “You wanna see me that much? Tsk, got it. I’ll be there.” A person asked if he will interact with fans on V Live after Grammys and he said, “Should I? Live after Grammy. Yeah.”

When a fan asked the BTS member if he missed J-Hope, Jungkook said, “J-HOOOOOOOOOOPE! J-Hope is coming!” All the BTS members travelled to the US except for J-Hope. He was under quarantine after contracting Covid-19. A fan also asked Jungkook his view towards RM ‘always breaking things’. J-Hope replied, “It’s science..science.” Jungkook was also heard saying Jimin’s famous line Lachibolala.

A fan said that Jungkook’s pet dog Bam is more handsome than him. He replied, “Ok recognised! Bam is a handsome guy!” Jungkook also said that he wanted to go to school. “I wanna go back to school again. Not planning to study again, just that I wanna go,” he told a fan.