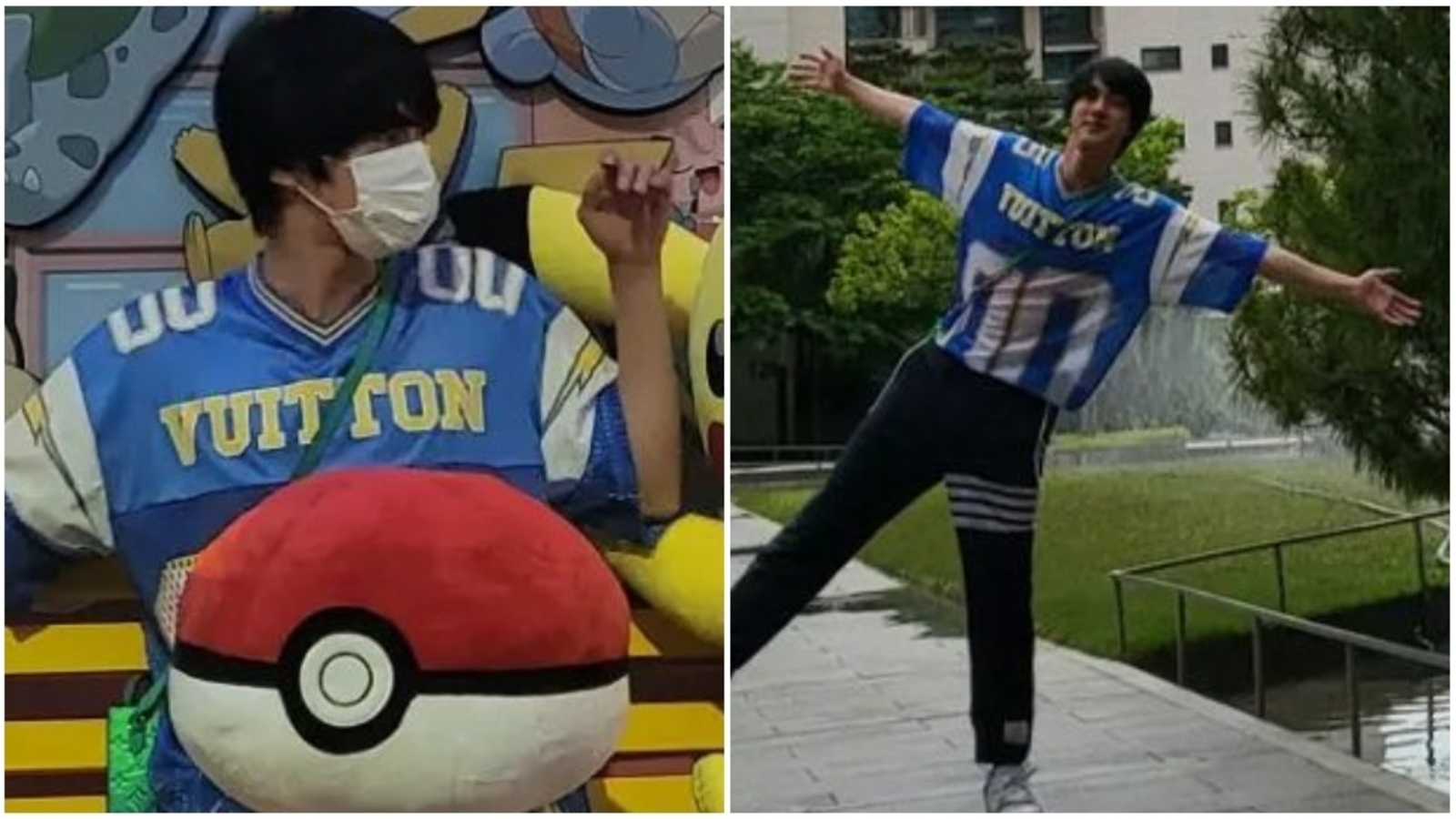 
BTS‘ oldest member Jin on Friday gave his fans a peek at his hand, for the first time after his recent finger surgery. The singer has also found a unique way to ask fellow member J-Hope to comment on his posts on Instagram and not just hit the like button. The rapper took to the comments section of Jin’s latest Instagram post and obliged the singer. (Also Read | BTS’ V gives shoutout to Our Blues after Jimin sings OST. See his post)

On Friday, Jin shared several pictures as he posed with stuffed toys including that of Pikachu and a Pokeball. The singer sat on a bench as giant cutouts of Pokémon characters featured in the background. Jin gave different poses as he was dressed in a blue and white outfit and opted for a mask.

Jin didn’t add a caption to his post. Reacting to the pictures, J-Hope commented as translated by Twitter user @BTStranslation_, “(You’re) going around alone doing cute stuff by yourself (fire emoji).”

Earlier, on his Instagram J-Hope had shared several pictures of himself. The rapper gave different poses as he spent his time amid nature. He made a goofy face and also posed with a bag. Sharing the picture he added a face with one eyebrow raised emoji but didn’t caption the post. Reacting to the post, Jin commented, “Don’t just click on the like, post comments too jwehope.” J-Hope laughed and replied, “Jjuin.”

Jin, who had last shared pictures after BTS’ Las Vegas concert in April, ended his nearly a month-long hiatus on Friday. The BTS member gave his fans a glimpse of himself as he stepped outdoors.

On Instagram, Jin also shared pictures as he posed beside a fountain next to several buildings. The BTS member was seen without a cast for the first time. In one of the photos, Jin tilted sideways as he stretched his arms. The singer wore a T-shirt and trousers. He also shared a selfie.

In March, BTS agency Big Hit Music informed fans in a statement about Jin’s finger injury and surgery. A part of the statement read, “We would like to provide you with some information regarding BTS member Jin’s finger injury. Jin injured his left index finger during his daily activities and visited the emergency room at a hospital nearby for examination and treatment on Friday, March 18. He consulted doctors and was told he required surgery as the tendons in the finger had been partially damaged. He underwent surgery to repair the extensor in his left index finger on the afternoon of Friday, March 18.”

It also added, “The surgery went well according to the doctors. Jin was discharged from the hospital on the morning of Saturday, March 19, and has been resting. He will wear a cast for the time being for stabilization and a speedy recovery. Jin will focus on rest and treatment to fully recover from the injury and to resume his activities in good health.”