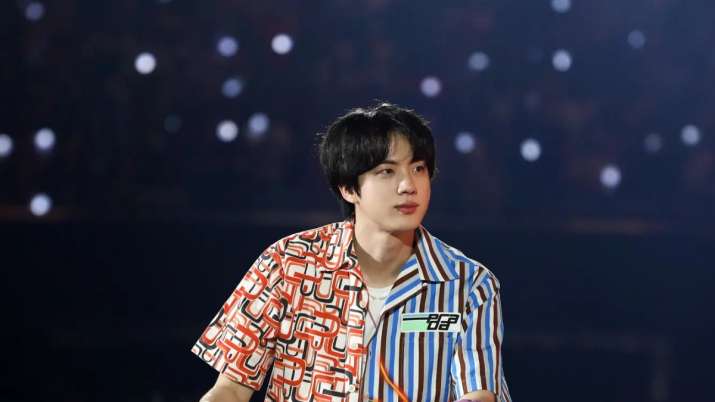 A day after BTS’ Kim Taehyung, another band member Kim Seokjin aka Jin shared his reason for including the tracks Moon and Jamais Vu in their upcoming anthology album Proof. The group’s agency Big Hit Music on Tuesday dropped a video in which Jin can be heard speaking about his ‘Proof of Inspiration.’ He calling himself and their fandom ARMY inseparable. He went on to share that they are BTS’ and his living proof. He began by saying, “I wanted to include Moon and Jamais Vu so that you could give them another listen. Everyone knows that ARMY and I are inseparable like Earth and the Moon. And it’s already a well-known fact that this is what Moon is about. Now, I think we’re at a point where I am ARMY and ARMY are me, we’ve assimilated into one.”

He added, “The path I’ve taken so far wouldn’t have been possible without ARMY. You’re my, and BTS’ living Proof. Just like in the lyrics in Jamais Vu, whenever things get tough and I get exhausted, I will think of our members and ARMY who have been my refuge and comfort, and make more good music.”

Jin’s video left his fans emotional. They took to the comments section and showered Jin with their love. One of the fans wrote, “This is so precious Jin! I still remember when you said in 2018 Season’s Greetings DVD that you “wish ARMY & BTS can stick together with love & friendship forever” … we already do coz we are each other’s will, and will continue to be!” Another fan said, “Can anybody tell him that armys love him too to the moon and back…he is so precious for this world.”

Check out some more reactions below:

For the unversed, over the week, BTS’ members will be sharing their inspiration behind choosing particular track for Proof and much more.