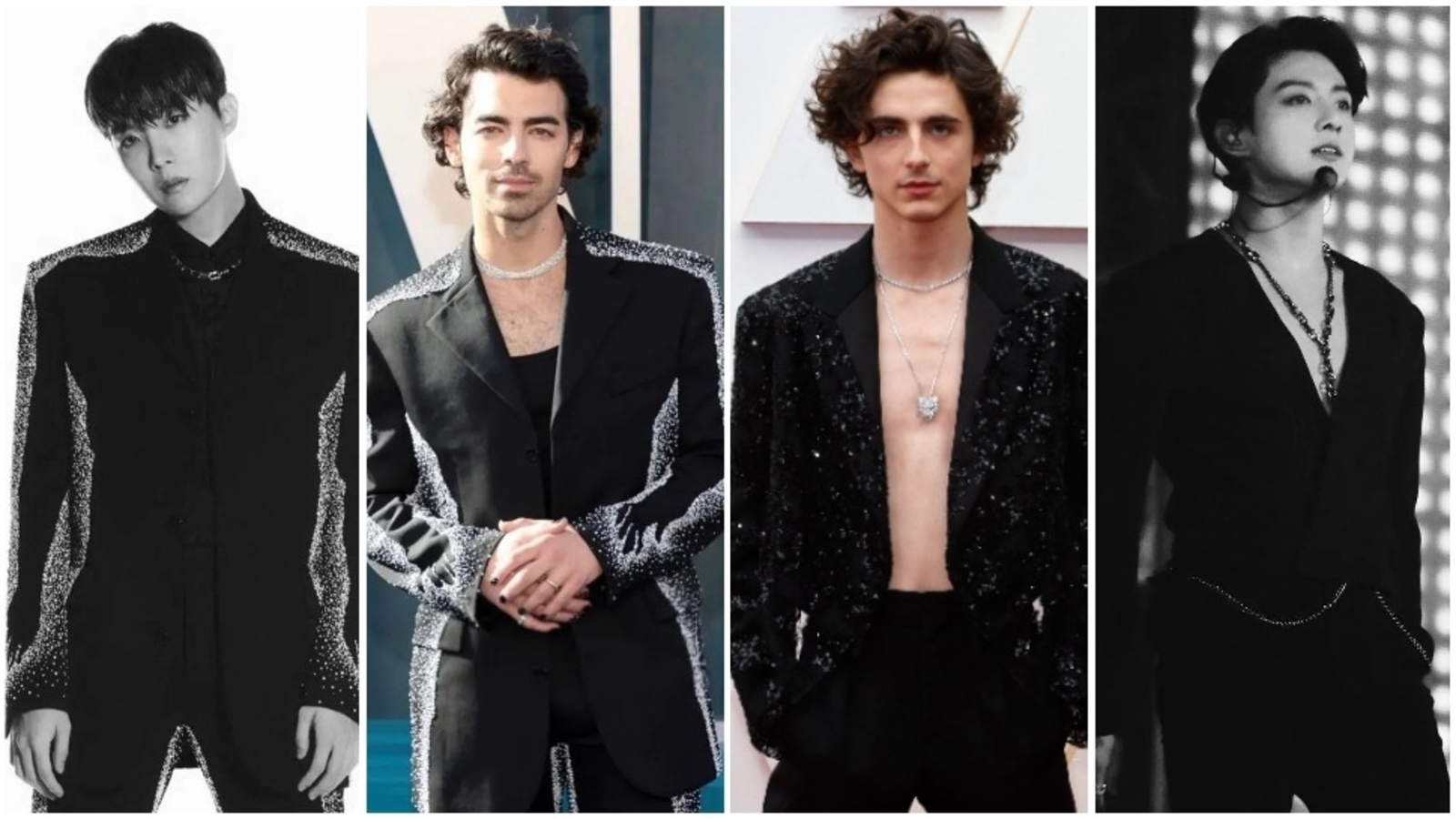 Taking to Twitter, BTS fans posted comments about their similar outfits. A person tweeted, “J-Hope the fashion icon you know.” Another fan wrote, “I love how the narrative has changed from ‘Joe Jonas in LV’ to ‘Joe Jonas giving J-Hope’ like hell yes Jung Hoseok sets fashion standards.”

A person tweeted, “Jung Hoseok fashion king.” “Yall not Joe Jonas wearing the same LV fit as Hobi. My two worlds colliding,” wrote a person on Twitter. “Joe Jonas wearing J-Hope’s outfit,” tweeted a fan. “Yes, my baby is a fashion boy,” said a person. A fan also wrote on Twitter, “I gotta be honest…J-hope looks better in that suit than Joe Jonas.” A person also said, “I’m a fan of Joe Jonas but I think J-hope stands out…”

For the red carpet event, Timothee Chalamet opted for a shimmery cropped black Louis Vuitton blazer and trousers and added a necklace to complete his look. The outfit, with no shirt underneath, reminded fans of Jungkook’s outfit from BTS’ recent performance at the Seoul concert. Jungkook wore a similar outfit at the Permission To Dance On Stage Seoul concert for Fake Love.

A fan wrote on Twitter, “Timothee was studying black swan Jungkook and I love it.” Another fan said, “Why does Timothee Chalamet look like he’s about to perform Black Swan I’m cackling.”

“The Black Swan Jungkook-ification of Timothee Chalamet,” said a person. “God Timothee with the Jungkook Fake Love outfit at the Oscars rn is giving me thoughts!!!!!” wrote a person on Twitter. “I took Timothee Chalamet for Jungkook lol,” said a fan. “Timothee Chalamet @RealChalamet is just one body chain away from being part of @BTS_twt #fakelove performance,” tweeted ARMY.

“I need a selfie of Timothee Chalamet and Jungkook together please god let this happen,” tweeted a fan. “@BTS_twt #Jungkook I believe Timothee Chalamet was borrowing your buttonless jacket at the Academy Awards…. and was inspired,” said a Twitter user. “I would like to see Jeon Jungkook take a cue from Timothee Chalamet at his next Fake Love performance please and thank you very much,” said a fan.