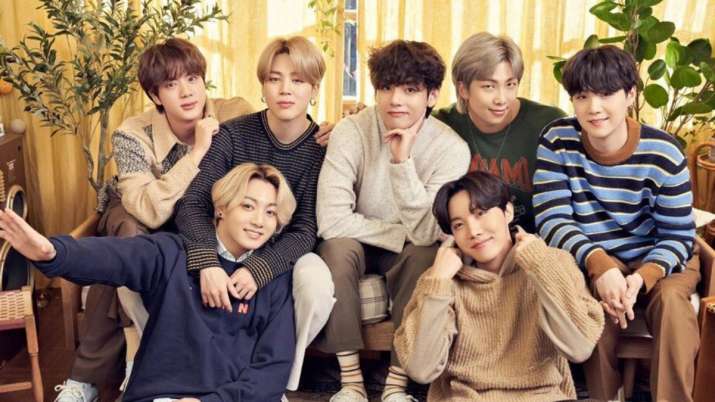 BTS 9th Anniversary: K-pop super band BTS is celebrating their anniversary today. Korean stars RM, Jimin, JHope, Jungkook, V, Suga & Jin are all in a celebratory mood and their Instagram posts are proof of it. While Jungkook released a new song titled “My You” on occasion, RM shared a nostalgic post reliving the old days. Take a look at how BTS members are celebrating their 9th anniversary:

BTS celebrates the anniversary of their debut every year and this year as a part of the ongoing 2022 BTS Festa, Jungkook treated his fans to new song “My You,” which he personally produced together with Hiss Noise. Website Soompi shared that the song is dedicated to ARMY. It also shared JK’s message for the band’s fans. “When I think of all of you, these feelings that stir inside me are so overwhelming that I have occasionally thought, ‘What if all of this disappears? Or what if this is all a dream?’ So I wrote this song based on those thoughts, and because I worried that the song’s vibe might become too depressing, I tried to fill the lyrics with pretty words. This song is solely for you, and I hope that it becomes a song that can give hope, light, and strength to both me, who wrote the song, and you, who listen to it. I’m always grateful to ARMY, and let’s make lots of even better memories in the future! My ARMY, I love you,” the statement reads.

You can listen to BTS anniversary song “My You” by Jungkook here:

To mark BTS’ 9th anniversary, RM shared a nostalgic photo of the band from their early days on his Instagram Story and wrote “BTS and ARMY”. It’s a collage of the photos the band members together.

When is BTS anniversary date?

BTS anniversary date is June 13. The band made its debut on June 13 of 2013 with No More Dream. Along with their anniversary, an annual event ‘BTS Festa’ is held. During the Festa, the puts forth for their fans a compilation of performances, new songs, covers, dance choreographies or remakes of their songs.

K-pop superband BTS will be marking BTS’ 9th anniversary with a special treat for fans.  The band will be performing LIVE three days after they launch their anthology album Proof on June 10. The septet will also be joined by a ‘special guest’, however, details of the same are kept under wraps.

BTS members RM, Jin, Suga, J-Hope, Jimin, V, and Jungkook will be performing LIVE on 13th June at 9 PM KST (Korean Standard Time) which means it will be premiered in India at 5:30 pm according to Indian Standard Time (IST).

What is BTS Proof anthology album

On June 10, the band unveiled the official music video for the lead single from the album ‘Yet to Come (The Most Beautiful Moment)’ from their anthology album ‘Proof’. The group’s agency Big Hit music shared two tracklists of their upcoming album. The tracklist CD 1 was released on May 8 including big-hit tracks like Born Singer, Dynamite, Butter and fake love. Later, on May 9 Big Hit Music released the second part of the tracklist, listing tracks like Euphoria, Filter, Intro: Persona, Moon and Outer: Ego.