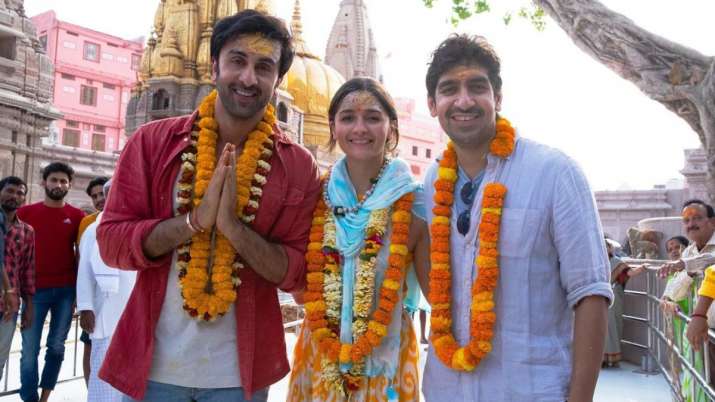 
Nearly five years after the shooting of Alia Bhatt and Ranbir Kapoor-starrer movie ‘Brahmastra’ started, the film is finally ready to hit theatres. Releasing theatrically on 09.09.2022, the film is filled with a stellar ensemble cast also starring Amitabh Bachchan, Mouni Roy and Nagarjuna Akkineni. On Tuesday, filmmaker Ayan Mukerji took to Instagram and announced the wrap of the most-awaited project. “And finally… It’s a Wrap! 5 years since we took our first shot on Brahmastra, and we’ve finally filmed our last one! Absolutely incredible, challenging, once-in-a-lifetime journey,” he wrote.

The final schedule of ‘Brahmastra’ was filmed in Varanasi. “Some hand of destiny that we finished the shoot of ‘Part One: Shiva’ in Varanasi – a city infused with the spirit of Shiv Bhagwan, and that too at the most sacred Kashi Vishwanath Mandir, allowing us to finish in an atmosphere of purity, joy and blessings. Exciting days ahead, last lap ahead. 09.09.2022 – Here we come,” he added.

Alongside the note, he dropped a picture with Alia and Ranbir from their shooting days in Varanasi. Have a look:

‘Brahmastra’, is a combination of mythology and science fiction. On the occasion of Alia Bhatt’s birthday, the makers surprised fans with her first look from the film. The actress took to her Instagram handle and shared a 31-second teaser of ‘Brahmastra’ that began with a glimpse at Alia and Ranbir as Isha and Shiva respectively. It then went on to show her in several different avatars, ranging from soft romantic, bubbly and chirpy to fearless and determined.

In the post’s caption, the actor wrote, “Happy birthday to me. Can’t think of a better day and a better way for you’ll to meet Isha .. Ayan my wonder boy. I love you. Thank you! #brahmastra.”

The movie will release in theatres on September 9 in five Indian languages – Hindi, Tamil, Telugu, Malayalam, and Kannada.