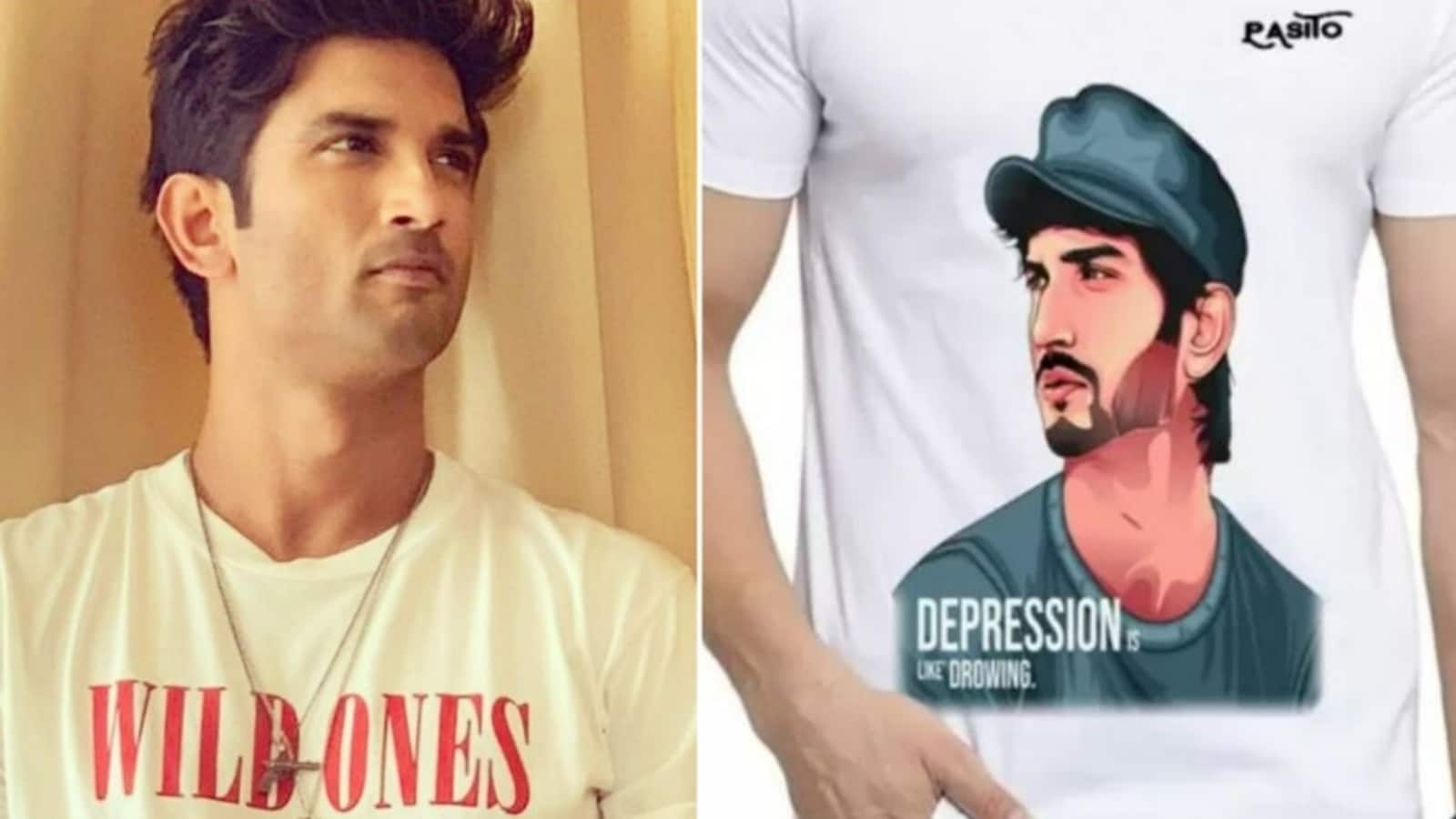 Sushant Singh Rajput fans have criticised Flipkart for ‘cheap marketing’ after the e-commerce website reportedly started selling a T-shirt with a photo of the late actor. In photos shared on social media, the T-shirt has a message that read ‘Depression is like drowning’. On Tuesday, Boycott Flipkart began trending on Twitter after a fan shared a photo of the ‘depression’ slogan T-shirt with Sushant’s photo. The actor was 34, when he was found dead in June 2020. Read more: Rhea Chakraborty shares note after Sushant Singh Rajput’s sister said she ruined his life

Upset that the message on the T-shirt indicated that Sushant died by suicide, fans took to Twitter to share their anger, with some demanding an apology from Flipkart and the removal of the said T-shirt from their website. The T-shirt does not exist on the site any longer.

Fans of the late actor tweeted screenshots of Flipkart’s T-shift featuring Sushant as many reacted with shock. Some were surprised at the ‘insensitive’ product, while others called it a ‘smear campaign’ against the late actor.

Sharing the screenshot on Tuesday, a fan wrote, “Country has not yet come out of the shock of Sushant’s tragic death. We will keep raising our voice for justice. Flipkart should be ashamed of this heinous act and should apologise that such incident will not be repeated again.” Some termed the move to sell such the said T-shirt ‘nonsense’. “Now what’s this nonsense Flipkart? Dragging a dead soul and labelling the specific pic as ‘depression’. What kind of cheap marketing is this?” wrote a Twitter user on Wednesday. Another one said, “How can someone even think of something like this?” Another person tweeted along with the hashtag Boycott Flipkart, “Shame on you Flipkart. You want to malign a person, who is no more to defend himself.”

Country has not yet come out of the shock of Sushant’s tragic death.

We will keep raising our voice for justice..

Flipkart should be ashamed of this heinous act and should apologize that such incident will not be repeated again.#BoycottFlipkart pic.twitter.com/wEVLPYl5EH

While some Twitter users pointed out that the CBI (Central Bureau of Investigation) had not yet released their conclusive findings on Sushant’s death and insisted the actor did not die by suicide, but was killed, a person said he was going to take legal action against the e-commerce platform. “I will serve notice to Flipkart tonight (for approving a material which is defaming a deceased) as a common and responsible citizen,” he tweeted on Tuesday.

Sushant Singh Rajput was found dead at his Mumbai residence on June 14, 2020. Initial reports quoted Mumbai Police and stated the cause of his death was ‘accidental death’. Later, the case was handed over to the CBI, Enforcement Directorate, and the Narcotics Control Bureau for further investigation. In the latest development related to Sushant’s death, the NCB filed draft charges against Sushant’s then-girlfriend actor Rhea Chakraborty, her brother Showik and others before a special court.