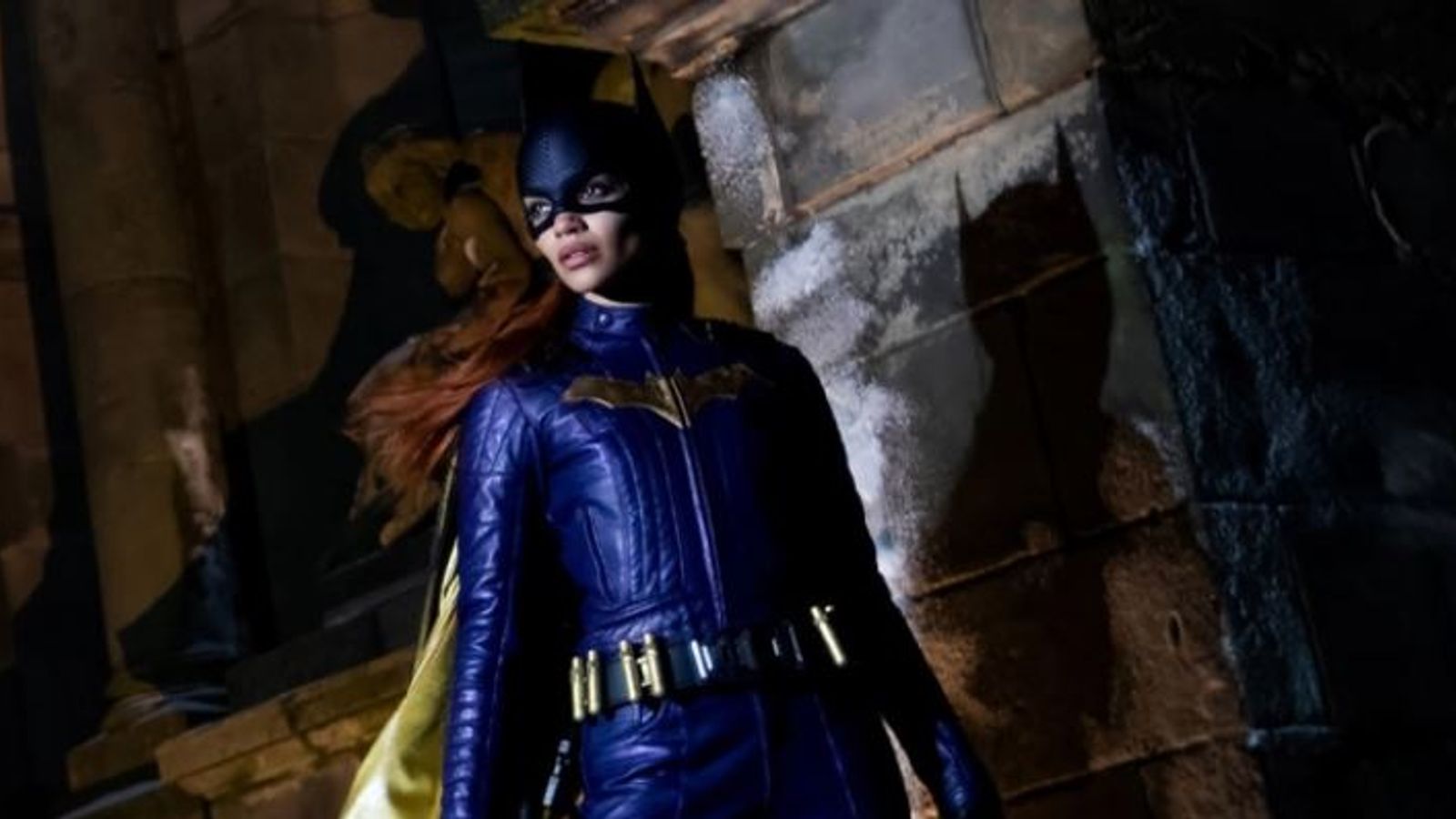 DC Comics film “Batgirl” has been shelved by Warner Bros after receiving poor reviews in test screenings, according to US media.

The movie, which reportedly cost up to $100m (£82m) to make, ranks among the most expensive films to have been pulled while in post-production.

It was due to star Leslie Grace as Barbara Gordon, or Batgirl, and J.K. Simmons as her father Commissioner Jim Gordon.

Michael Keaton was due to reprise his role as Batman and Brendan Fraser would have appeared as the villain Firefly.

The movie was due to appear on the HBO Max streaming service, with reports suggesting in April that Warner Bros was also considering releasing the film in cinemas.

However, it has been shelved altogether following negative feedback at a test screening which had been taking place in anticipation of a late 2022 debut, according to the New York Post.

“They think an unspeakable ‘Batgirl’ is going to be irredeemable,” a source told the paper.

Meanwhile, Warner Bros insiders are insisting the decision to axe the film was not driven by quality, but the desire for the studio’s slate of DC films to be at a blockbuster scale, according to the US entertainment news website Variety.

The studio has made a corporate decision to refocus its priorities back to cinematic features, Variety adds.

It comes after the film, which was directed by Adil El Arbi and Bilall Fallah, didn’t receive a mention at DC’s Comic-Con panel in San Diego, California, in July.

The much-publicised event is designed to boost exposure for such productions.

Five movies so bad they were never released

Batgirl has joined an exclusive club of movies so bad they never saw the light of day. Here we take a look those movies and the Hollywood A-listers who appeared in them.

BIG BUG MAN: This animated television movie would have starred Hollywood great Marlon Brando alongside Brendan Fraser – who coincidentally would have appeared as the villain in Batgirl. The movie was about a man named Howard Kind (Fraser) who gained special abilities after being bitten by insects. It was due to be released between 2006 and 2008.

GODS BEHAVING BADLY: This 2013 film featured Hollywood stars Christopher Walken and John Turturro as Greek gods Zeus and Hades respectively. The movie was aired at a film festival in Italy but was never released. The Hollywood Reporter compared it to a bad Saturday Night Live sketch.

NOTHING LASTS FOREVER: This 1984 sci-fi comedy starred Bill Murray and Dan Aykroyd. It was shelved by MGM shortly before its release date after poor reviews in press screenings.

THE FANTASTIC FOUR: This unreleased 1994 superhero film was based on the Marvel Comics superheroes of the same name. However, the film was never released – with many people believing Marvel executive Avi Arad paid producers millions of dollars not to release the film so it wouldn’t tarnish the brand.

DON’S PLUM: This 2001 black-and-white film would have starred Leonardo DiCaprio and Tobey Maguire. It was reportedly so bad that DiCaprio and Maguire refused to allow it to be released.

Grace told Variety in April that she had preliminary discussions with El Arbi and Fallah about a potential sequel for Batgirl.

“There’s crazy stunts, crazy drops,” Grace said of the film. “She’s a biker chick, so you’re going to see her do a bunch of badassery… There were a lot of long days, but it was so worth it.”

The decision to shelve Batgirl comes as Warner Bros is deciding what to do with DC adaption The Flash, which was due to be released in cinemas in 2023.

The film’s star Ezra Miller has faced repeated allegations of abuse and misconduct.