BISHOPENTERTAINMENT
HomeENTERTAINMENTBad Bunny will be the first Latino to lead a live-action Marvel... 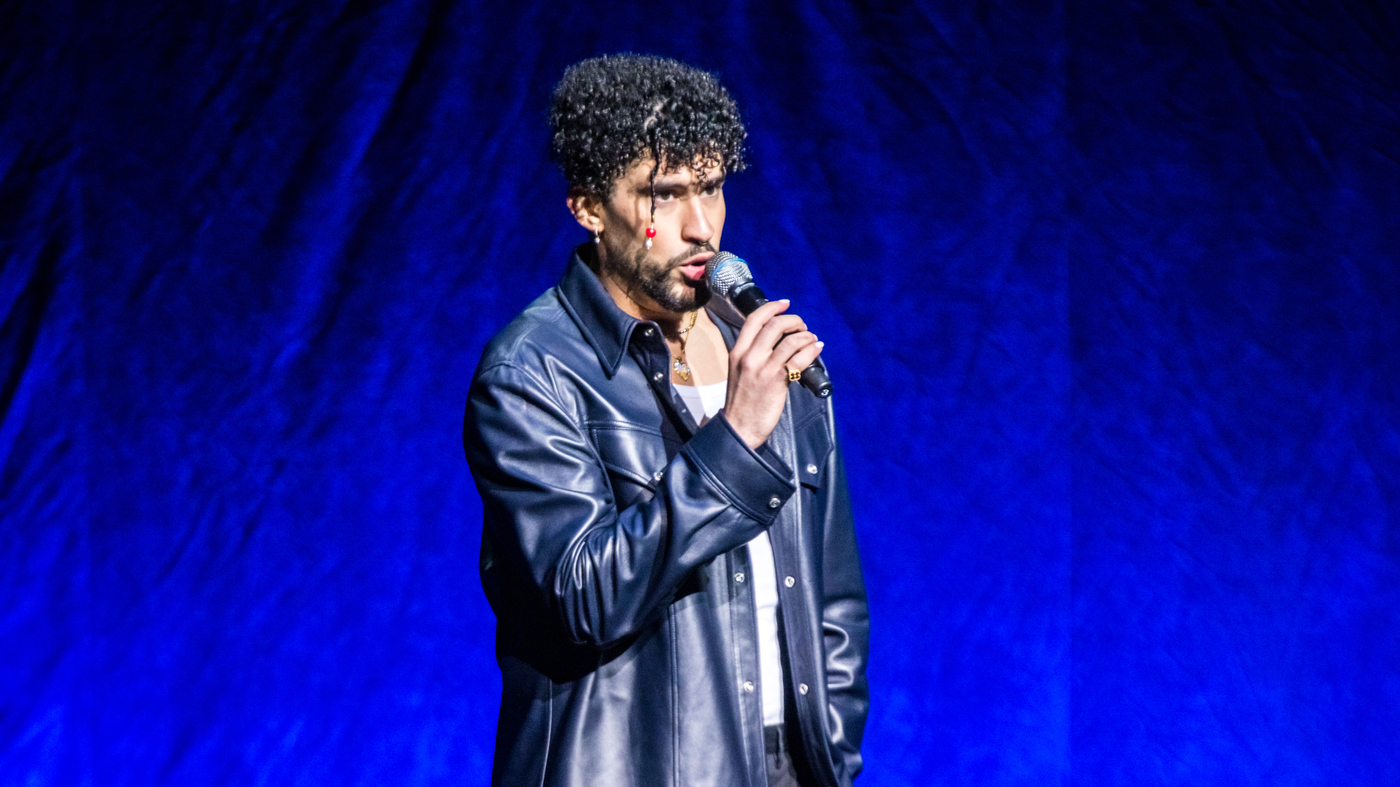 Bad Bunny will be the first Latino to lead a live-action Marvel movie : NPR

Bad Bunny speaks at CinemaCon on Monday in Las Vegas, during the announcement of his new role.

Bad Bunny speaks at CinemaCon on Monday in Las Vegas, during the announcement of his new role.

Benito Antonio Martínez Ocasio, aka the singer Bad Bunny, doesn’t only want to sell out concert venues. Sony announced that the Grammy winner will play the lead role in Marvel’s upcoming film El Muerto. This will be the first time a Latinx actor has their own live-action superhero film in the Marvel universe.

Bad Bunny will play the character of Juan Carlos Estrada/El Muerto (the dead one), an antihero who acquires his powers from a mask that has been passed down from generation to generation. The film will be a spinoff of the Spider-Man franchise, in which El Muerto is set to attend a wrestling charity event to wrestle Spider-Man in the attempt to unmask him.

According to Deadline, Bad Bunny told Sony Pictures Motion Picture Group President Sanford Panitch: “I love wrestling. I grew up watching wrestling and I’m a wrestler. I’m a former champion so this is why I love this character. I think it’s the perfect role to me and it will be epic.”

Bad Bunny searched the Spider-Man comic book archives for characters he thought would fit him and selected El Muerto, who was first introduced in 2006.

The singer also has experience with wrestling. In 2021, he made his wrestling debut on WWE WrestleMania.

This will also not be the singer’s first acting role. He previously had a role on Netflix’s Narcos: Mexico and this summer he will be on the big screen in Bullet Train, also starring Brad Pitt and Sandra Bullock.

A push for Marvel to diversify its cast seems to continue. While Mexican American actor Salma Hayek shared the stage with co-stars in 2021’s Eternals, Bad Bunny will be the main character in this film. It wasn’t until 2018 with Chadwick Boseman in Black Panther that Marvel had a non-white actor play a lead superhero role. Since then, there has also been Shang-Chi and The Legend of the Ten Rings, starring Simu Liu and Akwafina.

Bad Bunny will be busy up until shooting for this film. Later this year he will embark on Bad Bunny: World’s Hottest Tour and earlier this month he announced another album.