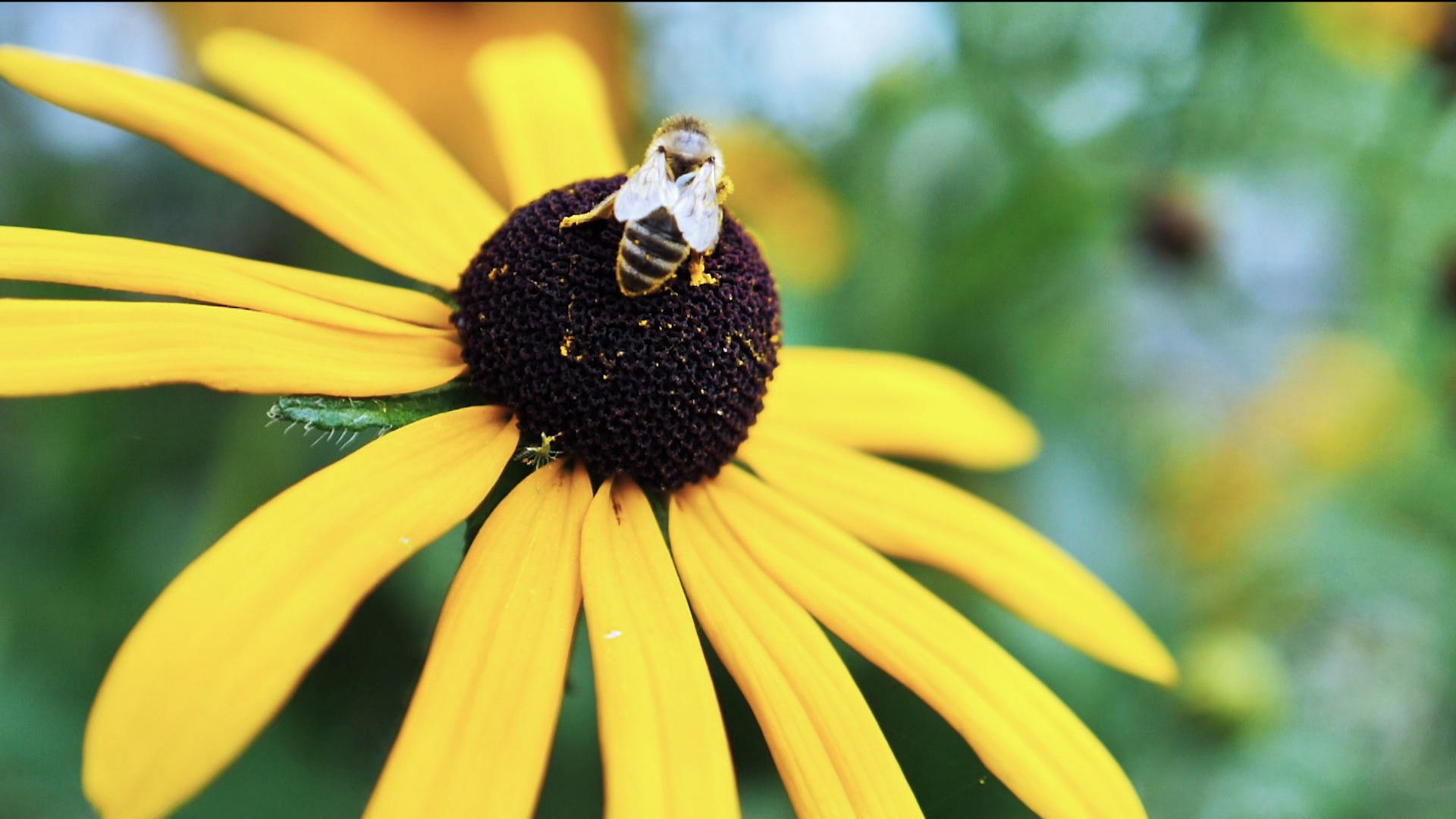 Virginia Master Beekeeper Hodgie Holgersen began working with bees close to 60 years ago after reading a book on honey bees in elementary school.

“I probably spend more time doing this than I do my day job. Don’t tell my boss, but anyway,” Holgersen said with a chuckle.

Today, he cares for about a hundred hives and is a member of the Tidewater Beekeepers Association.

And while delicious honey is a good reason to keep bees around, Holgersen says their main contribution is pollination.

“Virginia’s number one economy is agriculture. Virginia farmers raise 100 different commercially grown crops that they would not be able to raise if it wasn’t for a simple bug,” he said. “That kind of puts things in perspective.”

Keith Tignor, state apiarist in Virginia, echoes that importance, pointing to the bees’ role in producing the quantities of our fruits, vegetables and nuts we have today.

“It’s been estimated that one-third of every bite we take at the dinner table is attributed to pollination by the honey bee,” he told CBN News. “Without honey bees the cost of food is going to continue to increase, the availability of food is going to decrease, and so it’s extremely critical to maintain a healthy honey bee population for that pollination.”

“There’s nothing better I love to do then to go into a beehive. It’s so rewarding, so refreshing, so relaxing,” he shared.

However, the odds are stacked against honey bees. Warchol says on average each year he sees 20 to 25 percent losses, and believe it or not for a beekeeper, that’s a good percentage.

“Here in the United States it ranges between 35 and 60 percent depending what areas,” he told CBN News. “The northern latitudes – a little more because down south they can raise brood all year round.”

“Up here they cut their brood rearing off in November and start up in January,” Warchol continued. “And so it’s many more losses up here than down south – more like 30, 35 percent down south; more like 50 to 60 percent up here.”

“We have an annual loss of approximately 30 percent; that’s each winter we anticipate that we’re going to lose one-third of our population,” said Tignor. “Virginia is not alone in the loss of bees; some locations are even greater losses than us; some are doing a little bit better, but overall, this is a problem that’s worldwide.”

Beekeepers say a number of factors continue to affect the population like pesticides, poor nutrition, disease and pests like the Varroa mite.

“The diseases, pests that are being introduced almost on an annual basis into the United States – that’s causing problems for our honey bees and other pollinators,” Tignor said.

If you’d like to become a backyard beekeeper, Tignor recommends that you first educate yourself on managing bees.

“We do need more numbers of bees out there for pollination,” said Warchol. “It is a good thing; it’s a positive thing, and as I mentioned earlier, as long as they’re responsible beekeepers – we call them ‘beekeepers’ and not ‘bee-havers’.”

“Make sure they stay alive and continue to prosper as opposed to just leaving them alone because without your help, those bees aren’t going to survive with those factors all against them,” he continued.

Experts we interviewed acknowledge that even with the work of beekeepers, the overall bee population faces an uphill battle in terms of maintaining numbers.