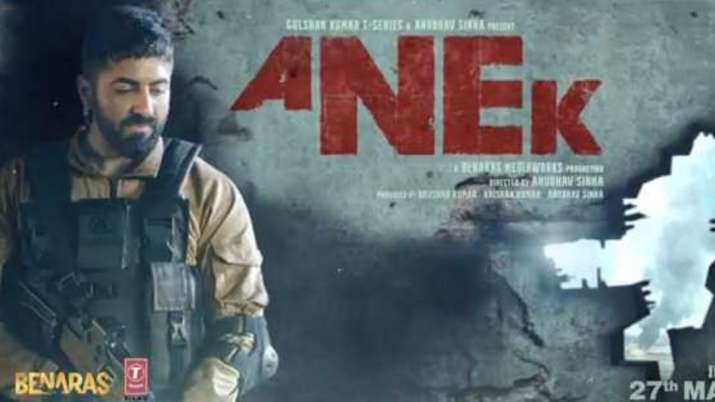 
Ayushmann Khurrana after taking the audiences on a thrilling ride with movies like DreamGirl, Bala and others, is now ready to bring alive another interesting role on the big screen with his next film Anek. On Wednesday, the makers launched the motion poster of the political action thriller.

Headlined by Ayushmann Khurrana, who essays the role of an undercover cop for the first time in his career, ‘Anek’ directed by Anubhav Sinha and produced along with Bhushan Kumar, promises to revisit the glory of India as it rises above all.

Anek’ is a political action thriller about an Indian who will rise and make India win. The film is shot in extraordinary locations in the North East. The trailer of the film will be out tomorrow.

Starring Ayushmann Khurrana Anek, jointly produced by Bhushan Kumar’s T-Series and Anubhav Sinha’s Benaras Mediaworks, is all set to release on 27th May 2022.