BISHOPENTERTAINMENT
HomeENTERTAINMENTAR Rahman's daughter Khatija gets married: All you need to know about... 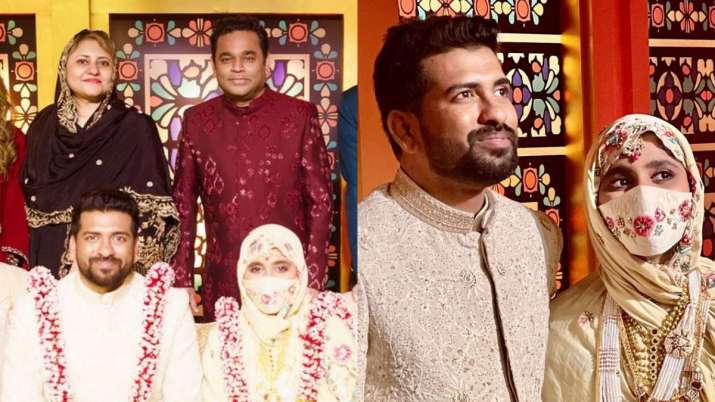 AR Rahman’s daughter Khatija gets married: All you need to know about her husband Riyasdeen Riyan


AR Rahman’s daughter Khatija Rahman got married to Riyasdeen Riyan. The music maestro announced the news to his fans by sharing a priceless picture from her wedding. Khatija who is a singer and musician just like her father also shared a picture with her husband Riyasdeen, who is in the music business and is an audio engineer by profession. Sharing the picture, Khatija wrote, “The most awaited day in my life. Married to my man @riyasdeenriyan.”

Riyasdeen’s Instagram page suggests that he has collaborated with his father-in-law AR Rahman for his shows and the music maverick Amit Trivedi. A picture shared on his page shows AR Rahman performing live at the Khalifa Stadium in Doha in 2019. They collaborated on the live concert and shows dating back to 2017.

He has also been a part of Rahman’s film Mersal which was released in 2017 and stars Vijay, Samantha and Kajal Aggarwal in lead roles. Mersal is directed by Atlee and became a huge hit at the time of release.

His other collaborations are with singers Benny Dayal and Haricharan Seshadri among others.

Khatija Rahman got engaged Riyasdeen Riyan on December 29 last year. “With the blessings of the Almighty I’m happy to announce to you all my engagement with Riyasdeen Shaik Mohamed @riyasdeenriyan, an aspiring entrepreneur and a wizkid audio engineer. The engagement happened on 29th December, my birthday in the presence of close family and loved ones,” she wrote while announcing her engagement.

She made her singing debut in films with her father’s composition O Maramanishi/Puthiya Manidha in Robot (Enthiran) alongside the legendary SP Balasubramanyam.

“May the Almighty bless the couple .. thanking you in advance for your good wishes and love @khatija.rahman @riyasdeenriyan,” AR Rahman captioned the family picture.