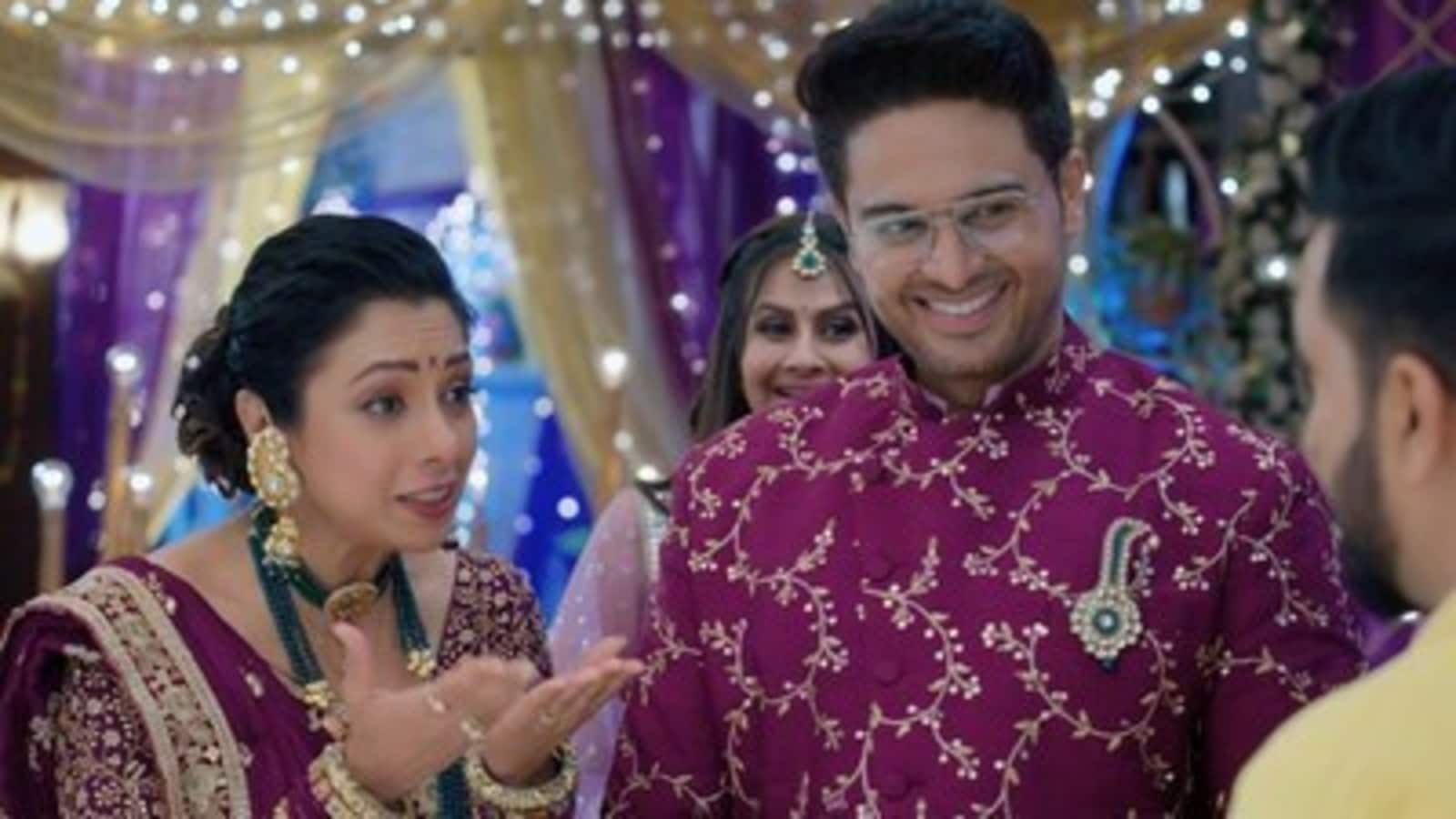 Anupamaa written update May 7: As wedding festivities kick off, Anupama and Anuj welcome Mika Singh on the show.

After Anuj and Anupama’s romantic date, the families get together for the mehendi and sangeet ceremonies. A lot of fun and drama is served as popular singer Mika Singh arrives at the Shah residence with a special announcement. As the party continues, GK and Hasmukh get anxious after Hasmukh’s medical reports go missing. Vanraj also plans to confront Anuj.

Hasmukh’s secret is about to be revealed

GK hides Hasmukh’s medical reports and prescriptions in his almirah only to be discovered by Malvika later. As Malvika is about to find the reports, they get mixed up with the gifts and interestingly, the reports reach the last place they should be– Shah’s residence.

Malvika brings a lot of gifts for Anupama’s family and the reports get mixed in one of the bags. Later, we see the reports are misplaced further and Leela is about to find them when she is called back to the ceremony. The reports remain hidden but for how long? The upcoming episodes of Anupamaa will be full of even more drama as Anupama finds out about Hasmukh’s illness before her wedding. It remains to be seen how this will affect her relationship with Anuj and Vanraj.

Mika Singh arrives at the mehendi

The mehendi ceremony begins with a ton of fun and GK gifts Anupama Anuj’s mother’s bangles. Devika tells Anupama how her kids prepared the mehendi themselves. Malvika also surprises everyone with a lot of gifts. Overwhelmed, Anupama tears up. Leela and Vanraj are displeased with everyone’s enthusiasm but Kavya joins in the ceremony lovingly. Anupama and Kavya talk their differences out and get together. Kavya shares with Anupama how she feels like she is losing herself after marrying Vanraj and wants to be happy for her so she can change herself for the better. This agitates Leela even more, who is set to create issues in Anupama’s life. Vanraj continues to find time to talk to Anuj about his kids.

Amid all the drama, an exciting twist comes in when the ceremony is interrupted by a special guest. It’s none other than famous singer Mika Singh. Everyone is shocked to know Mika Singh is actually Anuj’s close friend. The two families go gaga over their favourite singer. Mika also announces his new show on Star Bharat.

As the wedding festivities continue, Hasmukh gets more and more anxious about his health. His medical reports are still missing somewhere around the Shah mansion and could soon be discovered.

In the next episode of Anupama, we will see an exciting face-off between Anuj and Vanraj. It will be thrilling to see who Vanraj’s kids choose– their father or their mother’s husband! Hasmukh’s reports will come out and tensions in Anupama’s life will increase. Keep watching this space to find out all the drama that unfolds on your favourite show.