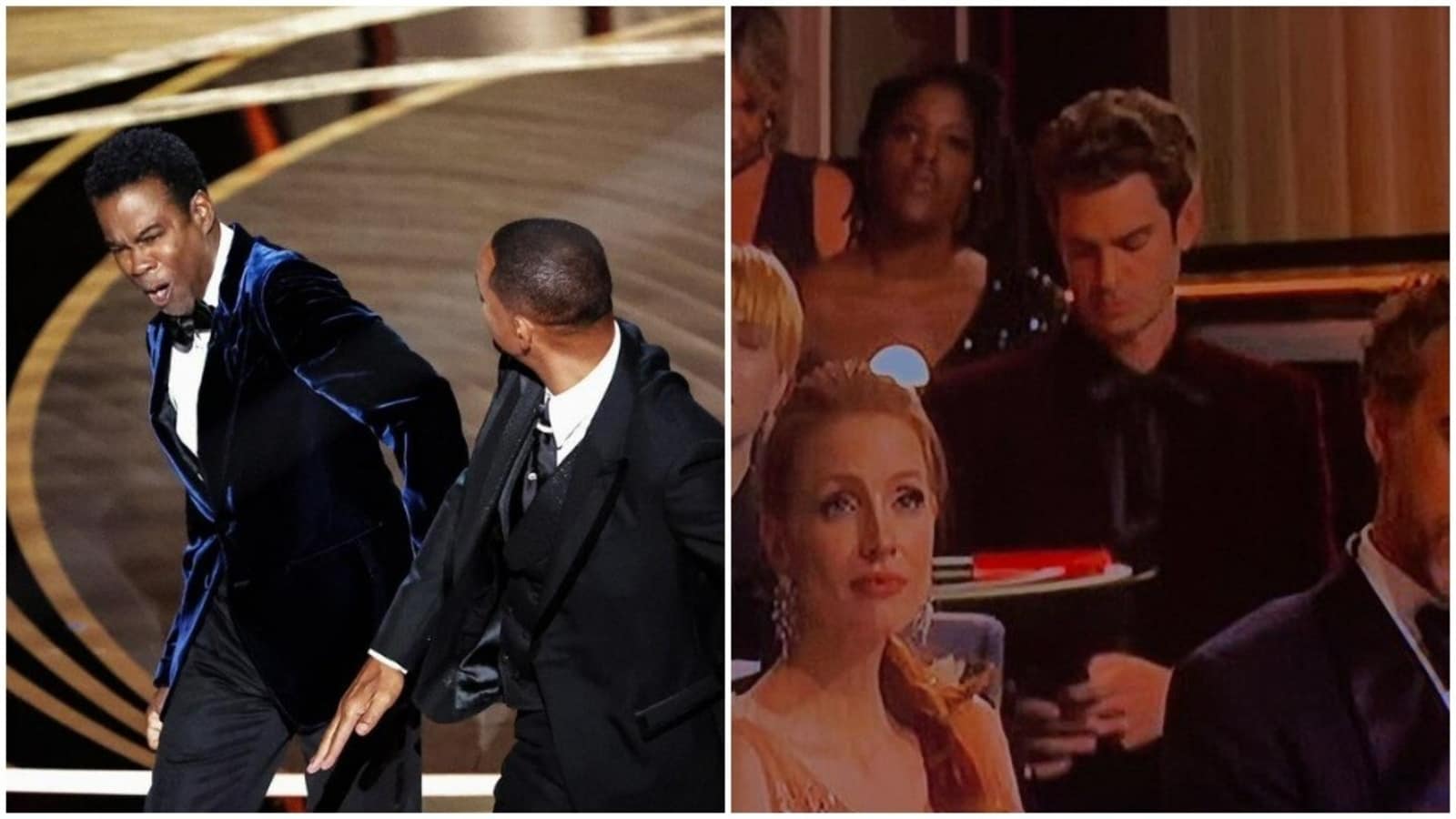 Will Smith slapping Chris Rock at the Academy Awards last month had become the highlight of the award ceremony. Will had slapped Chris for making a joke about his wife Jada Pinkett Smith’s hair, an incident that shocked people so much that they initially believed it to be a part of an act. Meanwhile, cameras also caught reactions of the celebrities who witnessed the episode first-hand and spotted Andrew Garfield busy on his phone. Also Read| Will Smith makes first public appearance after Oscars slap row in India, gets spotted at Mumbai airport. Check out pics

A picture that showed Andrew Garfield busy on his phone had gone viral on social media, with many fans wanting to know who he was texting at the tense moment. He has finally revealed that he was actually answering the many questions of his friends who wanted to know what was going on at the event after the infamous slap.

In a recent appearance on talk show The View, Andrew confessed, “I feel so bad, because Kevin Costner is introducing the director nominees in the most beautiful and elegant way, and I’m like, ‘There’s no way I’m going to be on camera during this. Everyone is texting me, asking me what the vibe in the room is, and at that moment my friends took priority over Kevin. I feel really bad about that.” However, Andrew refused to comment on the incident itself, noting that many have already spoken about it. The slap has also gotten Will Smith banned from attending any Academy event, including the Oscars, for the next 10 years.

Andrew recently revealed that he is taking a break from acting after working nonstop last year. While it led to rumours that he is retiring from acting, he clarified on The View that it’s not the case. He said, “I don’t know where that came from — I’m just having a holiday,” he clarified. “I just said I’m going to rest — have, like, a holiday — and I think people just make a story out of nothing. I’ve been working hard, and I’ve been loving the work I’ve been doing, but also I need to take a month or so. A month of a break. I’m not retiring.”