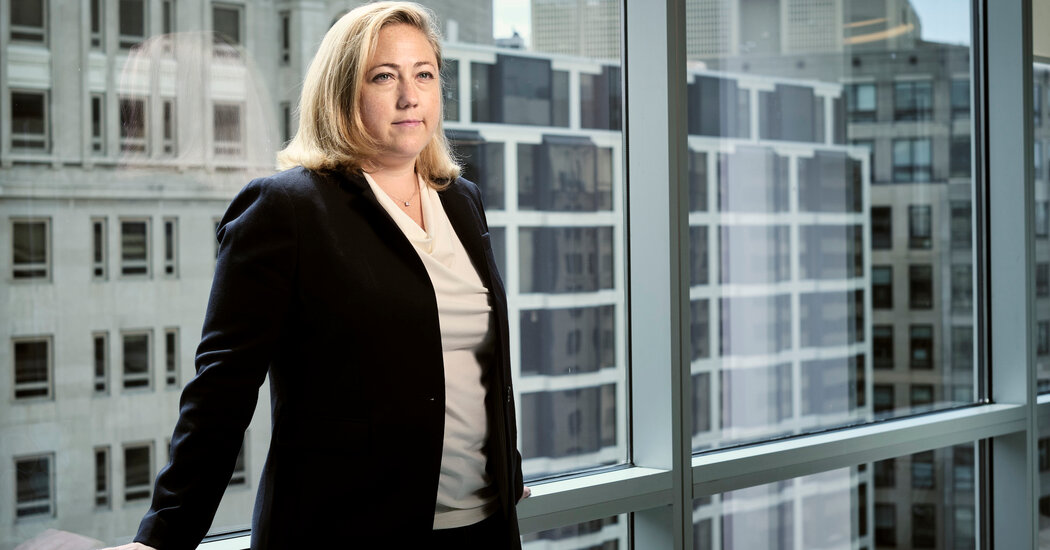 Prominent conservatives who worked to oust Donald Trump in 2020 are back — with a plan to spend at least $10 million to defeat candidates who embraced the former president’s conspiracy theories about that election.

The group of conservatives, the Republican Accountability PAC, has identified G.O.P. candidates whose extreme views its leaders deem dangerous to the future of American democracy.

In 14 races across six key swing states — Arizona, Georgia, Michigan, Nevada, Pennsylvania and Wisconsin — the group has decided to throw its weight behind those candidates’ Democratic opponents.

The PAC has already claimed a hand in several victories in Republican primaries — notably, the incumbent Brad Raffensperger’s win against Jody Hice, the Trump-backed candidate in the Georgia secretary of state race.

In the remaining major primaries, it plans to spend heavily to bolster Representative Liz Cheney of Wyoming, whose leading role in the House investigation of the Jan. 6, 2021, assault on the Capitol has made her a villain and a turncoat to many on the right.

Elsewhere, the group expects to focus on portraying Doug Mastriano, the Republican nominee for governor of Pennsylvania, as well outside the mainstream of G.O.P. politics.

And it will do so by finding what Sarah Longwell, a longtime Republican strategist and a leading organizer of various anti-Trump initiatives including the Republican Accountability PAC, called “credible messengers” — voters who resemble the college-educated, suburban moderates who are without a home in either major party.

Longwell, who runs a podcast for The Bulwark called “The Focus Group,” has drawn on her team’s research on what motivates this constituency in particular, which has little appetite for the often crude, aggressive form of campaigning that Trump has fostered across the Republican Party.

Longwell’s barometer for who qualifies as an anti-democracy Republican isn’t just whether Trump has issued an endorsement, but whether they echo the former president’s conspiratorial views on elections. She has little interest in parsing whether Mehmet Oz in Pennsylvania, for instance, has a more nuanced position on the integrity of the 2020 election than, say, Blake Masters in Arizona.

“There are not people in these races who are, you know, running as post-Trump candidates,” she said.

Longwell acknowledges the difficulty of the task at hand, given President Biden’s unpopularity and Americans’ widespread public anger over the price of gas and groceries. But she said the political environment could shift if Trump jumps into the 2024 fray before the midterms — a move that would instantly “put Trump on the ballot” and perhaps push a significant fraction of Republican voters to shun the most-Trump-leaning candidates.

One important criterion for Longwell for jumping into a race is the quality of the Democratic nominee — Republicans will find it easier to support moderate candidates, in the mold of Biden’s 2020 run, than it is to back Bernie Sanders-style progressives.

With a little over four months to go before Election Day, Longwell’s team has raised $6 million so far. It plans to run ads targeting potentially persuadable Republicans on digital platforms, as well as via direct mail, billboards, TV and radio.

Longwell is prioritizing many of the same areas a previous version of the group, Republican Voters Against Trump, homed in on in 2020: places like Bucks and Dauphin counties in Pennsylvania and Pima County in Arizona, which are teeming with frustrated Republicans who may have voted in past elections for John McCain or Mitt Romney.

Part of the challenge, Longwell acknowledged, is to create a “permission structure” for these voters to break with their party.

What to read tonight

Thanks for reading. We’ll see you tomorrow.

Is there anything you think we’re missing? Anything you want to see more of? We’d love to hear from you. Email us at onpolitics@nytimes.com.