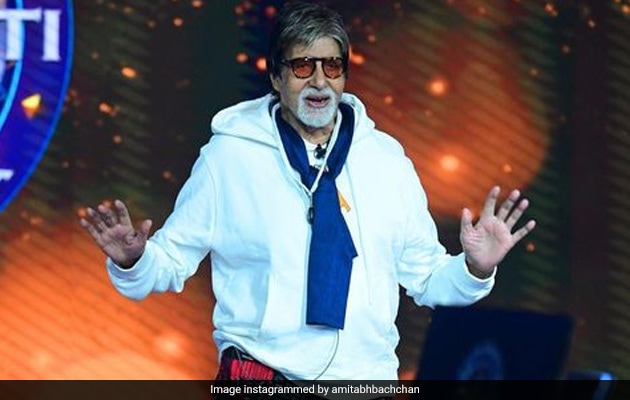 Amitabh Bachchan recently narrated an interesting yet hilarious conversation he had with a 5-year-old. In one of the recent blogs that he posts on Tumblr, the actor revealed that he met a young kid who first asked him about his age. On learning that the actor is 80, the kid again asked him why was still working and not sitting at home, “chilling” like his grandparents. Big B started his blog post by writing, “I was at work for the RBI campaign and in the scene was a little kid about 5 or 6 years of age .. in the middle of a rehearsal he turned to me and said, ‘Excuse me, how old are you?’ I said, ’80.'” He wrote that he didn’t know how to reply when the kid said that he should sit at home and chill.

Big B added, “He snapped back, ‘Oh! So, why are you working? My grandparents are sitting at home and chilling .. You should do that also.!!’ I did not have a reply for him. Primarily, because I was astonished at the precocious veracity of this 5-year-old! And secondly, I did not have an answer!” Later, the actor shared that he said goodbye to the kid and took a picture with him and even gave him an autograph.

However, he wrote in the blog that the conversation was retained in his mind. He wrote, “The conversation remained with me, as do many matters in this digitally informative encyclopedic world, and found its placing today .. this morning .. of retired work .. and screamed and waved and applauded the mountainous presence of the live audience at ‘YKW.'” The actor has been shooting for Kaun Banega Crorepati 14.

On the work front, Amitabh Bachchan will star in the forthcoming sci-fi film, Brahmastra. It co-stars Ranbir Kapoor, Alia Bhatt, Nagarjuna and Mouni Roy, and has been directed by Ayan Mukerji. Some of his upcoming projects include Vikas Bahl’s Goodbye, Uunchai and Nag Ashwin’s Project K with Prabhas and Deepika Padukone.