BISHOPENTERTAINMENT
HomeENTERTAINMENTAmitabh Bachchan says 'Runway 34' is made with lot of heart and... 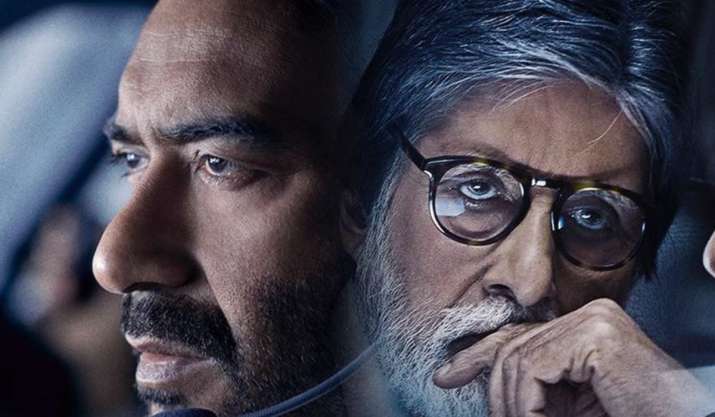 Megastar Amitabh Bachchan hopes the audience will watch his upcoming movie “Runway 34” in theatres as the “wonderful film” is a product of love and hard work. Directed by Ajay Devgn, “Runway 34” is billed as an edge-of-the-seat thriller inspired by a true incident. The movie revolves around Captain Vikrant Khanna (played by Devgn), a flying prodigy, whose flight takes a mysterious course after take-off from an international destination.

Bachchan stars as lawyer Narayan Vedant who grills Devgn’s character in court when he is accused of putting the lives of his passengers in danger. “I hope the audience enjoys the film because it’s made with a lot of heart and hard work. Every film is made with hard work but I just feel the kind of interest that Ajay has taken personally (is tremendous). All the co-artistes, are wonderful choices, they are all so accomplished and competent. They have done a fabulous job. All those things just join together to make a wonderful film,” the 79-year-old actor said.

He was in conversation with Devgn, according to a video posted on the YouTube page of the production banner Ajay Devgn Ffilms on Tuesday. ALSO READ: Runway 34: Amitabh Bachchan shares heartfelt video as he recalls working with Ajay Devgn’s father

Bachchan, who has previously worked with Devgn on films such as “Major Saab”, “Hindustan Ki Kasam”, and “Satyagraha”, praised the actor-director for juggling multiple duties.

This is the first time Devgn has directed the cinema icon. “Ajay is not only a performer in the film. He is also a producer, a director. Doing all these three tasks is very difficult. That’s remarkable,” he said.

The writer of a film holds the “top position” in the team, he further said. Sandeep Kewlani and Aamil Keeyan Khan are credited as writers for “Runway 34”.

Once the writers and director have written the script after days of discussion, Bachchan said, whatever is on the paper should be followed. “No further changes should be made to that,” he added. Runway 34: Ajay Devgn says there’s something special about playing men in uniform

When Devgn asked how he was able to play a wide range of characters, the cinema legend said the key is professionalism.

“If you call yourself a professional, and you want to work in any profession, you have signed a contract. Once you sign that paper and say that you are a professional, then whatever is written or whatever your director is asking you to do, you should do that. And you should do it with all the talent that you have or what the director is asking of you. So when you ask me how I do it, it is very difficult to say. You told me this is the character, you told me how to do it, you directed the film, placed the cameras everywhere, that the shot will be taken a certain way, it was all written,” he said.

Further in the conversation, Devgn revealed that he would probably have dropped the idea of making “Runway 34” had Bachchan not agreed to star in the film.

“While writing this character for ‘Runway 34’, I realised either you can play this role or no one can. If you’ll do this part only then I’ll make the film, otherwise maybe I won’t make the film at all. I don’t think anyone else could have held the drama for those 40-45 minutes. I don’t think I could have made the film (without you),” he said.