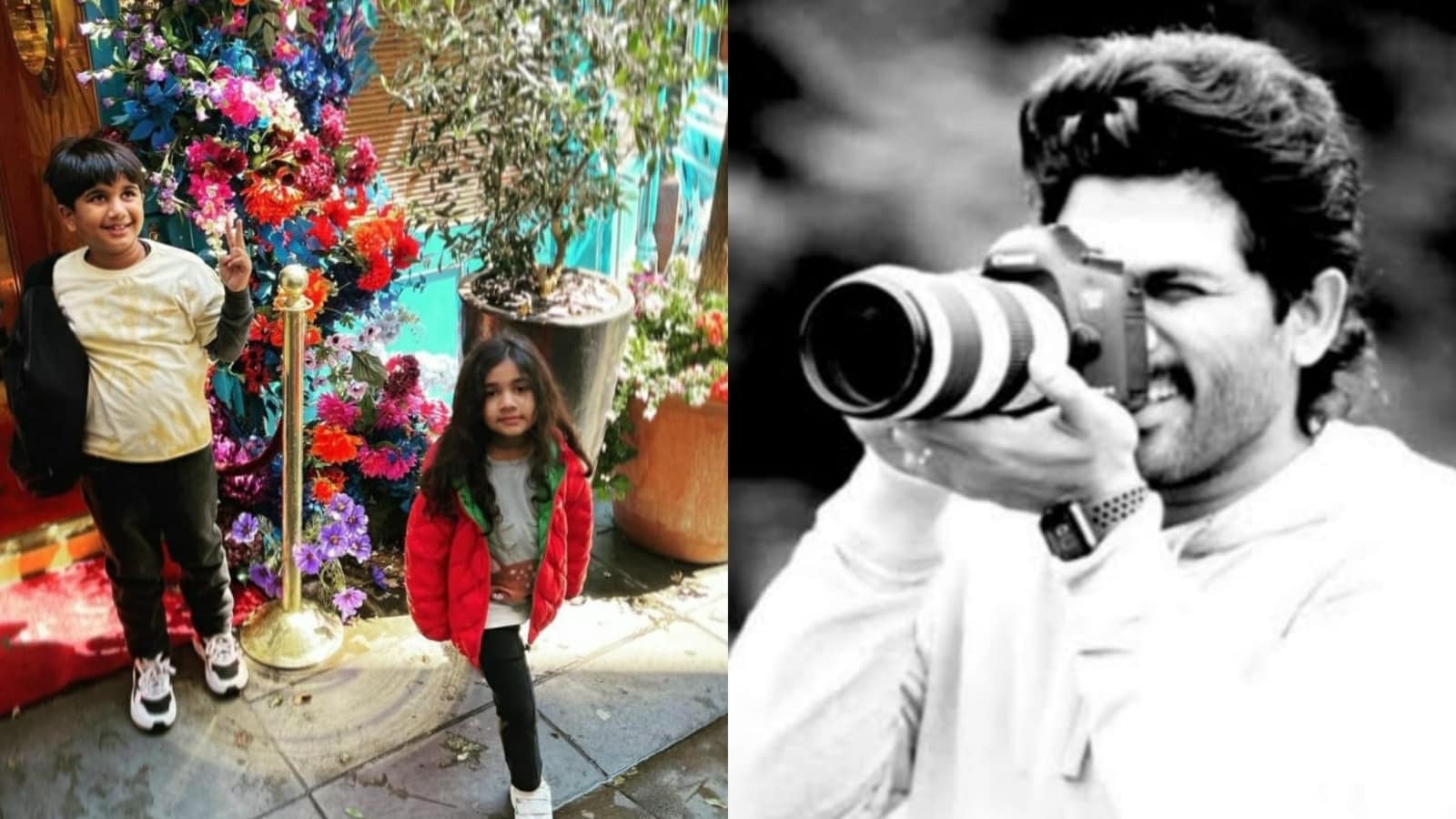 Actor Allu Arjun on Tuesday jetted off on a family vacation to London. He took to Instagram to share a new side of himself–a photographer. The actor shared several pictures of his kids from the trip on social media, dubbing them ‘AAClicks’. Fans responded with appreciation for his photography skills and also with gratitude for sharing glimpses of his family life. Also read: Allu Arjun and wife Sneha Reddy celebrate actor’s birthday with European holiday with friends. See pics

The first picture Allu Arjun shared from the trip is of his daughter Arha from their chartered flight. Sharing the picture, Arjun wrote: “My angel in the sky (sic).” Fans showered love upon the post. One commented, “After a long time,” implying Arjun doesn’t share pictures of his kids as often as they’d like. Several others complimented the actor for his photography skills. Allu Arjun married Sneha Reddy in 2011. The couple has two kids–daughter Arha and son Ayaan.

In another picture, Arjun shared a picture of both his kids from Europe. The caption stated, “Colourful life.” One fan wrote, “You make our life colourful with these glimpses.” In April, Arjun was on a European holiday with his wife and some friends. He celebrated his 40th birthday on this trip and shared several pictures from the celebrations.

The actor was last seen on screen in 2021’s blockbuster Pushpa: The Rise. In the film, he played a lorry driver turned sandalwood smuggler. The film grossed over ₹300 crore worldwide. It’s Hindi-dubbed version alone minted over ₹100 crore. The film also starred Rashmika Mandanna and Fahadh Faasil, and featured Samantha Ruth Prabhu in a special number Oo Antava. The song was one of the biggest chartbusters of the year.

Originally shot in Telugu, Pushpa was dubbed and released in Hindi, Tamil, Malayalam, and Kannada. It’s the first film for Allu Arjun to have a simultaneous release in five languages. The film’s sequel–Pushpa: The Rule– will release in cinemas in December 2022. The second part will focus on the face-off between Allu Arjun and Fahadh Faasil, who was introduced as the primary antagonist towards the end of the first part.