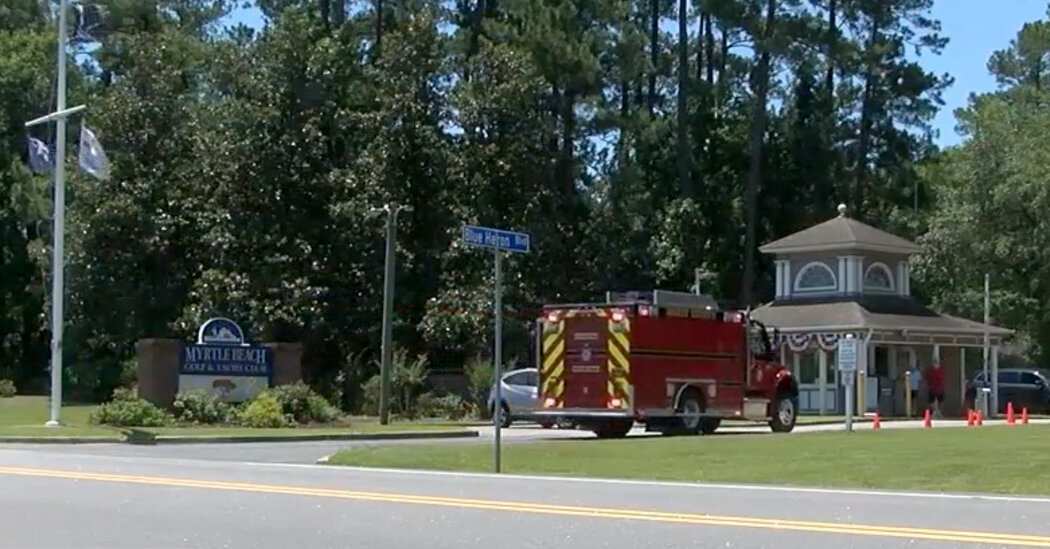 A person was killed on Friday after being dragged into a retention pond by an alligator near Myrtle Beach, S.C., the first such deadly attack in the state since 2020, the authorities said.

Fatal alligator attacks are rare in the United States, typically occurring about once a year, but the latest was the second in less than a month. The body of a man who had been retrieving Frisbees from a lake in Largo, Fla., which serves as a habitat for alligators, was found on May 31.

A biologist with the South Carolina Department of Natural Resources and an alligator-removal contractor determined that the animal needed to be “humanely euthanized on site,” the police said.

Messages left for the department were not immediately returned on Sunday. The authorities did not release the victim’s name, gender, age or other circumstances about the attack. An investigation into the death is continuing, the police said.

Jason Repak, who lives in the same community as the victim, snapped a photo of three alligators behind his condominium last month and posted it on social media.

“I couldn’t have imagined that it was likely one of these alligators that would later kill a man,” he wrote on Friday. “My prayers and heart go out to the family as my arms wrap tighter around my kids and dogs near these ponds.”

In an interview on Sunday, Mr. Repak said it was common to watch alligators walk on a road over a pair of retention ponds. Now and then, he will see photos in the local news media of an alligator out and about, he said.

“We’ve always looked at the alligators as a part of the community,” he said. “Everybody treats them with a healthy respect. You try to maintain distance from the banks, and when you see them out, you admire them from afar. They’re a part of nature.”

Alligators are mostly concentrated in Florida and Louisiana but are present in several other states. In South Carolina, they can be found in the state’s coastal marshlands, according to the Department of Natural Resources.

Deadly alligator attacks on humans are rare. According to a 2019 University of Florida analysis, venomous injuries — largely from contact with hornets, wasps and bees — resulted in an average of more than 56 fatalities per year in the United States, compared with about one per year from alligator attacks.

The death on Friday was the first from an alligator attack in South Carolina since May 2020, when 58-year-old Cynthia Covert was dragged into a pond behind her friend’s home on Kiawah Island, near Charleston, according to The Post and Courier.

She saw an alligator and was fascinated by it and went to touch it, against her friend’s warning. As friends tried to yank her from the alligator’s grasp, she calmly said, “I guess I won’t do this again,” moments before the alligator rolled and pulled her under the water, the newspaper reported.

The victim in the May attack in Florida was identified as Sean Thomas McGuinness. The police believe that Mr. McGuinness, 47, had entered the lake in John S. Taylor Park at night. A person walking their dog discovered his body along the shoreline the next morning, the police said.