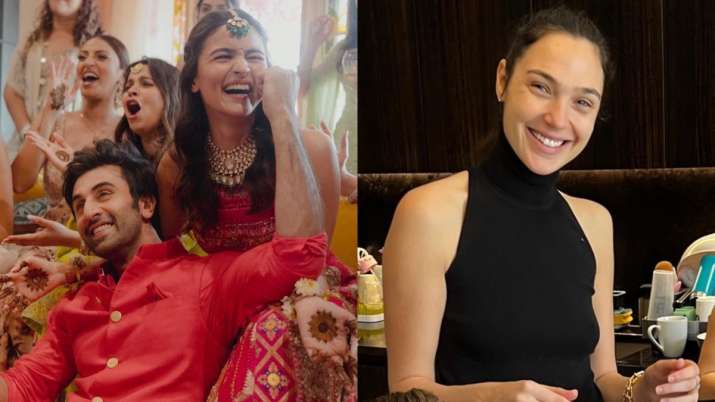 Wonder Woman star and Israeli-American actress Gal Gadot extended her heartfelt congratulations to the newlywed couple Alia Bhatt and Ranbir Kapoor on social media. After Alia shared some pics from her Mehendi ceremony on Instagram on Saturday, Gadot posted a heart emoji in the comments section and wrote congratulations. Alia and Gadot are coming together for the Netflix action film Heart of Stone, with 50 Shades of Grey star Jamie Dornan also joining the two. The movie will mark Alia’s Hollywood debut.

Taking to her Instagram on Saturday, Alia shared a series of pictures that show her, Ranbir, Neetu Kapoor and her friends and other wedding attendees in a celebratory spirit during the pre-wedding function. She wrote in the caption, “The Mehendi was like something out of a dream. It was a day full of love, family, our beautiful best friends, a LOT of French fries, a surprise performance by the ladkewalas, Ayan playing DJ (sic).”

She continued in the caption addressing Ranbir as, “Mr Kapoor”, “a BIG surprise organised by Mr Kapoor (my favourite artist performed my favourite songs), all followed by some happy tears and quiet, blissful moments with the love of my life. There are days and then there are days like these (sic).”

Ranbir and Alia began dating on the sets of Ayan Mukerji’s Brahmastra in 2018. The first part of the trilogy is set to arrive in cinemas on September 9, 2022. It is being said in media reports that Ranbir and Alia will be headed to South Africa for their honeymoon.

- Advertisement -
Facebook
Twitter
Pinterest
WhatsApp
Previous articleShah Rukh Khan, Ajay Devgn welcome Akshay Kumar in their Vimal gang. Watch
Next articleAlexander Skarsgard and Anya Taylor-Joy on new film The Northman: ‘We were out there in the elements’ | Ents & Arts News