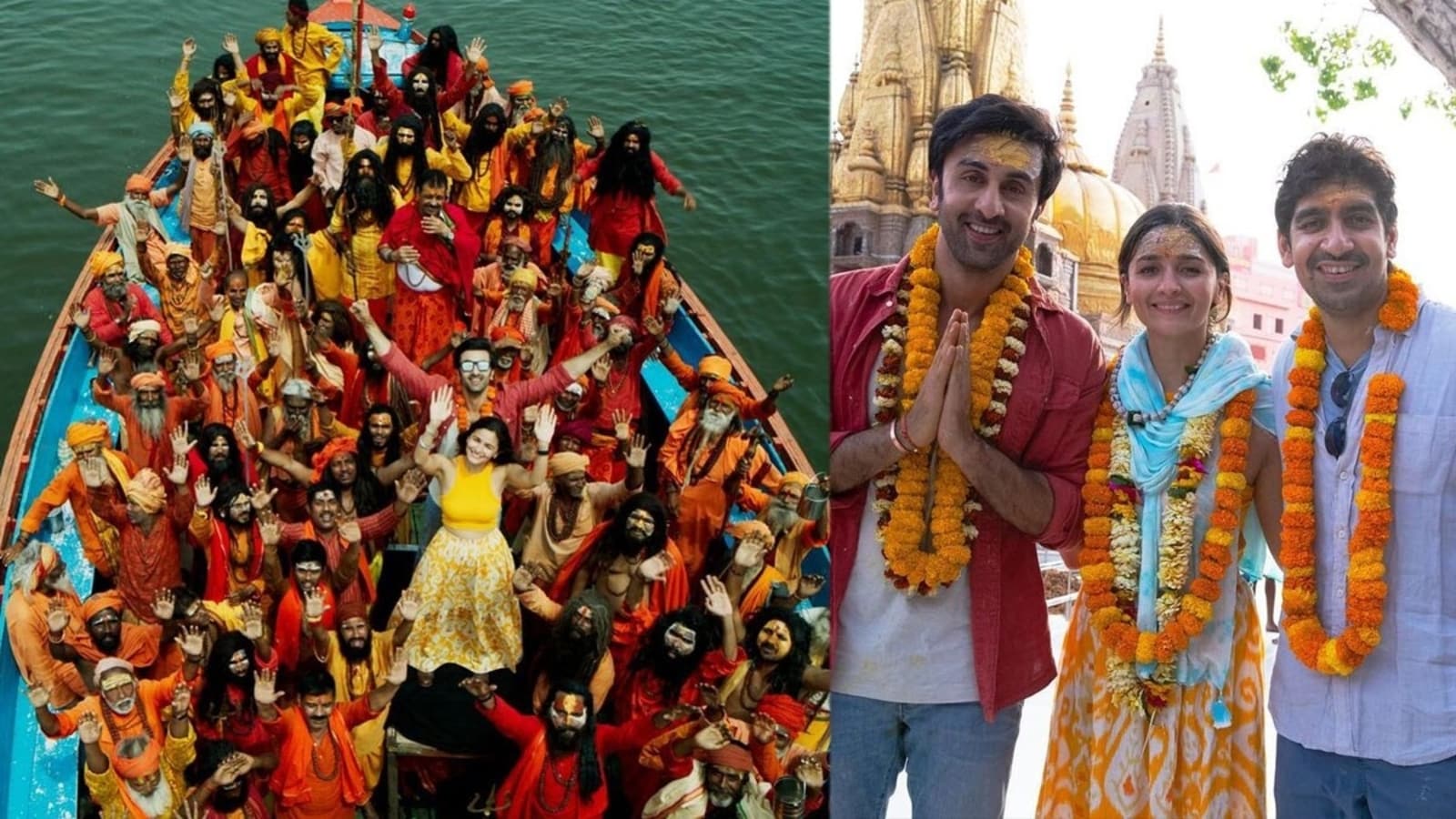 Filmmaker Ayan Mukerji has finally announced he has completed shooting for his much-delayed film, Brahmastra. He has shared a picture with Brahmastra actors Ranbir Kapoor and Alia Bhatt from their visit to Kashi Vishwanath temple in Varanasi on completing the film. He has also shared a photo featuring Alia and Ranbir posing on a boat with several others. Also read: Alia Bhatt, Ranbir Kapoor spotted shooting for Brahmastra at a Varanasi ghat. Watch video

The first picture shows Ayan, Ranbir and Alia posing in the temple premises with garlands around their necks. While Ranbir is in a white tee, blue denims and red shirt and folds hands for the camera, Alia stands alongside him in a yellow and white suit. The second picture shows Alia in a yellow skirt and top, Ranbir in the same clothes as they lift their hands while being captured by the camera. They are seen standing on a boat with several people around them.

The team had flown to Varanasi few days ago to complete the last schedule. Sharing pictures on Instagram, Ayan wrote, “And finally… It’s a Wrap! 5 years since we took our first shot on Brahmāstra, and we’ve finally filmed our last one! Absolutely incredible, challenging, once-in-a-lifetime journey!!! Some hand of destiny that we finished the shoot of ‘Part One: Shiva’ in Varanasi – a city infused with the spirit of Shiv Bhagwan, and that too at the most sacred Kashi Vishwanath Mandir, allowing us to finish in an atmosphere of purity, joy and blessings. Exciting days ahead, last lap ahead! 09.09.2022 – Here we come!”

Brahmastra is the first in a fantasy triology and follows the protagonist Shiva (Ranbir), who is in love with Isha (Alia). The film also stars Amitabh Bachchan and Mouni Roy in pivotal roles. It will be released in five Indian languages – Hindi, Tamil, Telugu, Malayalam and Kannada. The second and third parts of Brahmastra are due in 2024 and 2026.