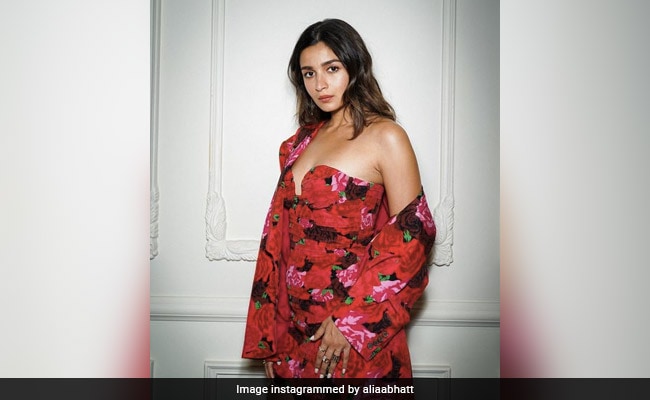 After reigning over Bollywood, Alia Bhatt is all set to impress the West with her acting skills. But even before she set foot in Hollywood, Alia Bhatt has managed to grab the attention of people around the world, a new celebrity list shows. The Raazi star has found herself among the likes of Zendaya and Will Smith as one of the top 10 celebrity influencers on Instagram as per a report by Influencer Marketing Hub. As of 10 am IST on Wednesday, Alia Bhatt has secured the sixth position on the list that is topped by Zendaya. In the second position is Zendaya’s Spider-Man: No Way Home co-star and rumoured boyfriend Tom Holland, followed by Dwayne ‘The Rock’ Johnson, South Korean rapper J Hope and Will Smith.

As per the report, Alia Bhatt has over 64 million followers with an engagement rate of 3.57 per cent and an “authentic engagement” of 1.9 million.

Those familiar with Alia Bhatt’s Instagram presence would know that the actress’ timeline is a healthy mix of professional and personal updates. In addition to using the platform as a marketing tool for her films, brands and entrepreneurial endeavours, she also utilised the page to provide details pertaining to helplines and public services during the COVID-19 pandemic.

Additionally, the actress also broke the news of her wedding to Ranbir Kapoor on the photo-sharing app, posting several special moments from the intimate function.

Take a look at some of her posts:

Meanwhile, in terms of work, Alia Bhatt struck gold at the box office and walked away with critical acclaim for her recent release Gangubai Kathiawadi, directed by Sanjay Leela Bhansali. While her next film is Brahmastra with her husband Ranbir Kapoor, she will also be seen with Hollywood actors Gal Gadot and Jamie Dornan for Netflix’s spy thriller, Heart of Stone. In Bollywood, she will next appear in Farhan Akhtar’s much-awaited Jee Le Zaraa with Katrina Kaif and Priyanka Chopra, and Karan Johar’s Rocky Aur Rani Ki Prem Kahaani with Ranveer Singh.