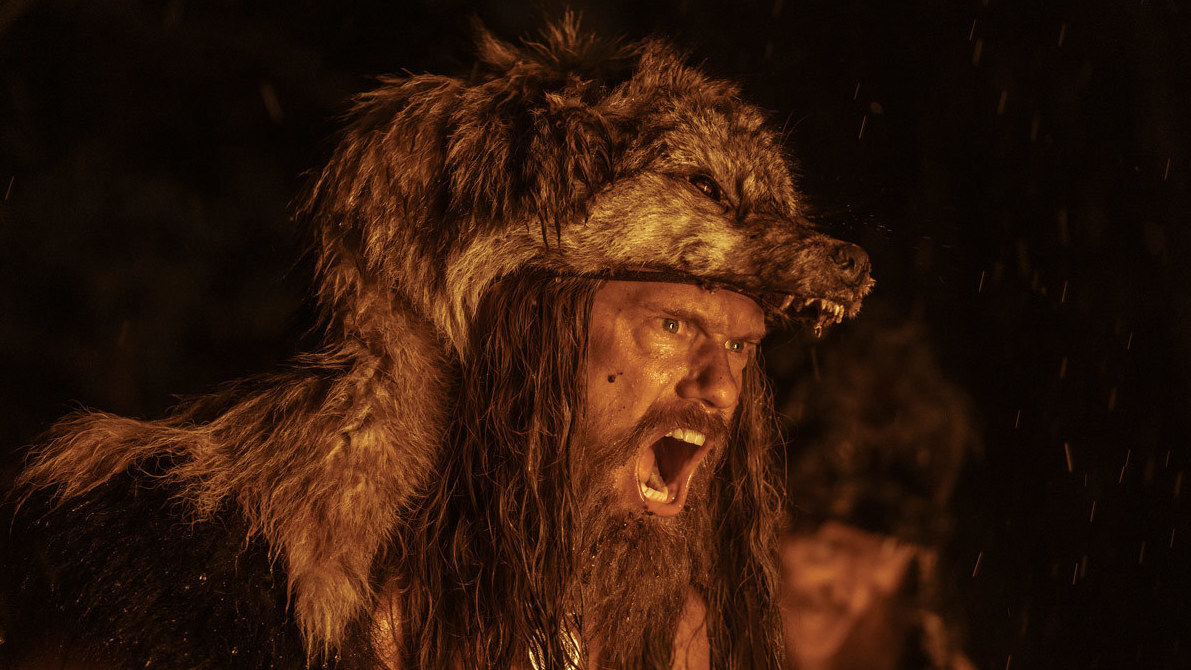 Alexander Skarsgård plays a Viking berserker in ‘The Northman’ : NPR

Alexander Skarsgård is on a quest to avenge his father’s murder in The Northman.

Alexander Skarsgård is on a quest to avenge his father’s murder in The Northman.

So he had to work against his natural tendencies for his latest movie, The Northman, a violent epic set about 1,000 years ago. His character is a Viking berserker who’s on a quest to avenge his father’s murder. Skarsgård says getting into the film’s battle scenes allowed him to draw on a side of himself he rarely accesses.

“In a way, it was quite thrilling and exciting to shoot those scenes because I definitely got to tap into something I don’t tap into very often,” he says. “It was quite cathartic.”

There was just one problem with all the yelling he had to do for the film: “I basically didn’t have a voice for seven months because … there’s probably 15, 20 [times] in the movie in which my character kind of has to crank it up to 11. And I guess I didn’t use my diaphragm correctly because … my voice was completely gone.”

Skarsgård began his acting career as a child in Sweden, but pulled back as a teenager, in part because he was uncomfortable with the attention. He later returned to it, and became known worldwide after landing a role in the HBO series True Blood, and won an Emmy, a Golden Globe and a SAG Award for his role as an abusive husband in Big Little Lies. More recently, he played a tech billionaire in the latest season of HBO’s Succession. His father, Stellan Skarsgård, is a prominent actor who has appeared in movies, stage and TV since the 1960s.

Rob is all about historical accuracy and authenticity. So the village was built … the way a village would have been built a thousand years ago. So my job was almost halfway done when I came to set because just stepping into those shoes and onto that set was such an immersive experience. ….

[Eggers’s] style of working is quite unique and especially when it comes to big action adventure films. … The big action scenes are shot in just one long, continuous take, which complicates things quite a bit. Most films, you’ll have several cameras going simultaneously and you have coverage so you can cut into a big fight scene and just focus on one stunt. But Rob wanted the intimacy, the connection with the characters and didn’t want to feel any cuts. … It was a really exhilarating and thrilling way of working. I’d never worked that way before, so I learned a lot. It was challenging, but an extraordinary experience.

On the challenge of acting with live animals

Sometimes … something would happen three seconds before the end of the shot. And it could be something, just a horse facing the wrong way in the background or a small detail that wasn’t perfect. Those takes were tough when you found that fluidity to it and all the stunts work and the movement and everything and you were in it and it felt great — and then you can’t use that take because, again, the small detail. But we just had to be patient and focus and go back and do it again and again until the chickens did what we wanted them to do. And, by the way, they are brilliant in the film.

Brian Cox is obviously one of the greatest actors of our time, so to be able to work with him and Kieran [Culkin] who is also phenomenal on such a beautifully written, fantastic and fun scene was a real treat. We had shot the majority of The Northman before that in Northern Ireland. But then we were going to go to Iceland and shoot a week or two out there, literally right after shooting [Succession] at that villa, the Lake Como house. … It’s absolutely stunning. And these Riva boats, these beautiful Italian wooden boats, and there’s so much wealth and luxury around, it’s mind boggling. And then I went straight from there to Iceland, where I was going to play a Viking slave. So I put on shackles and then I was being dragged through the Icelandic mud. So that was an interesting 48 hours, to say the least.

I’ve only said yes to something once before, without reading the script [first], it was when Lars von Trier called and asked if I wanted to be in Melancholia, and I just said, “I don’t care what you want me to do, but I’ll be there.” … I absolutely adore [Succession creator] Jesse Armstrong and admire everything he’s done even before Succession, Peep Show and the stuff he did in the UK. The writing is so smart and I found Season 1 and 2 of Succession some of the greatest television I’ve ever seen. So when he reached out I said, “Eventually I’d love to know who you want me to play, but I’m in, no matter what.”

They were some of the most difficult days I’ve experienced on a set. Nicole and I became very close. That experience really brought us together, and it demanded complete trust between us in order to go into that darkness physically and mentally. Those scenes were so horrific. But we spent many days, weeks leading up to the shoot talking about the relationship. We were both creatively excited because it felt like a nuanced, accurate depiction of an abusive relationship. Perry was not a cliché or stereotype of an abusive husband. And you could understand, Celeste, why she might have been drawn to him and why she might be conflicted in the beginning when he’s oscillating between the light and the darkness. And that was something that we spent a lot of time talking about and then going into those very, very intense scenes, they were horrific to shoot. And we had to check in with each other nonstop before takes after takes, because we both had to commit so completely.

It was draining. … I love Nicole so much. And it was absolutely wonderful to be reunited with her on The Northman, this time as my mother. But again, also a very dark, weird, twisted relationship. But I think because we had that, we’d established that trust on Big Little Lies, that was really valuable when we started shooting The Northman and having that strong connection.

On becoming famous in the U.S. through his big break with True Blood

I was old enough and a bit more confident and secure to be able to handle all the chaos around being an actor and being on a show that hits the zeitgeist and gets a lot of attention. I was able to still have a private life. … When someone recognized me or came up to me when I was younger, it made me uncomfortable. And instead [when I was on True Blood] I tried to kind of, not lean into it, but at least embrace it. … When someone recognizes you and they like your character or a movie or a show you’re on, and … why shouldn’t that be a great feeling? Why shouldn’t you feel grateful for that and be excited that what you’ve done, your work has actually reached someone and meant something to someone. So I try to approach it from that angle as opposed to being paranoid or nervous that someone will recognize me and letting my self-confidence get shattered by that. Instead, I try to take joy out of that.

I did not know who she was at the time. A friend of mine, L.A.-based Swedish director named Jonas Åkerlund, directed that video. True Blood wasn’t even out yet. So I was shooting Season 1 of True Blood. … And he called and asked if I was going to do this music video with an artist named Lady Gaga. And he explained the premise of it and it sounded super fun. It was going to be shot over a weekend in Malibu. And again, I was in L.A. shooting True Blood, so I said, “Yeah, Jonas, I’ll come do this Lady Googoo video any day. I don’t know who she is, but it sounds great!” … We had a fantastic week and it was super fun. She was great to play with, and Jonas and I had to teach her some Swedish because we speak Swedish in the beginning of it. And she was wonderful, absolutely fantastic. … I was like, “Well, this song is catchy. Best of luck to you, Lady Googoo!” and had no idea … how big she would get.

Lauren Krenzel and Seth Kelley produced and edited this interview for broadcast. Bridget Bentz, Molly Seavy-Nesper and Clare Lombardo adapted it for the Web.