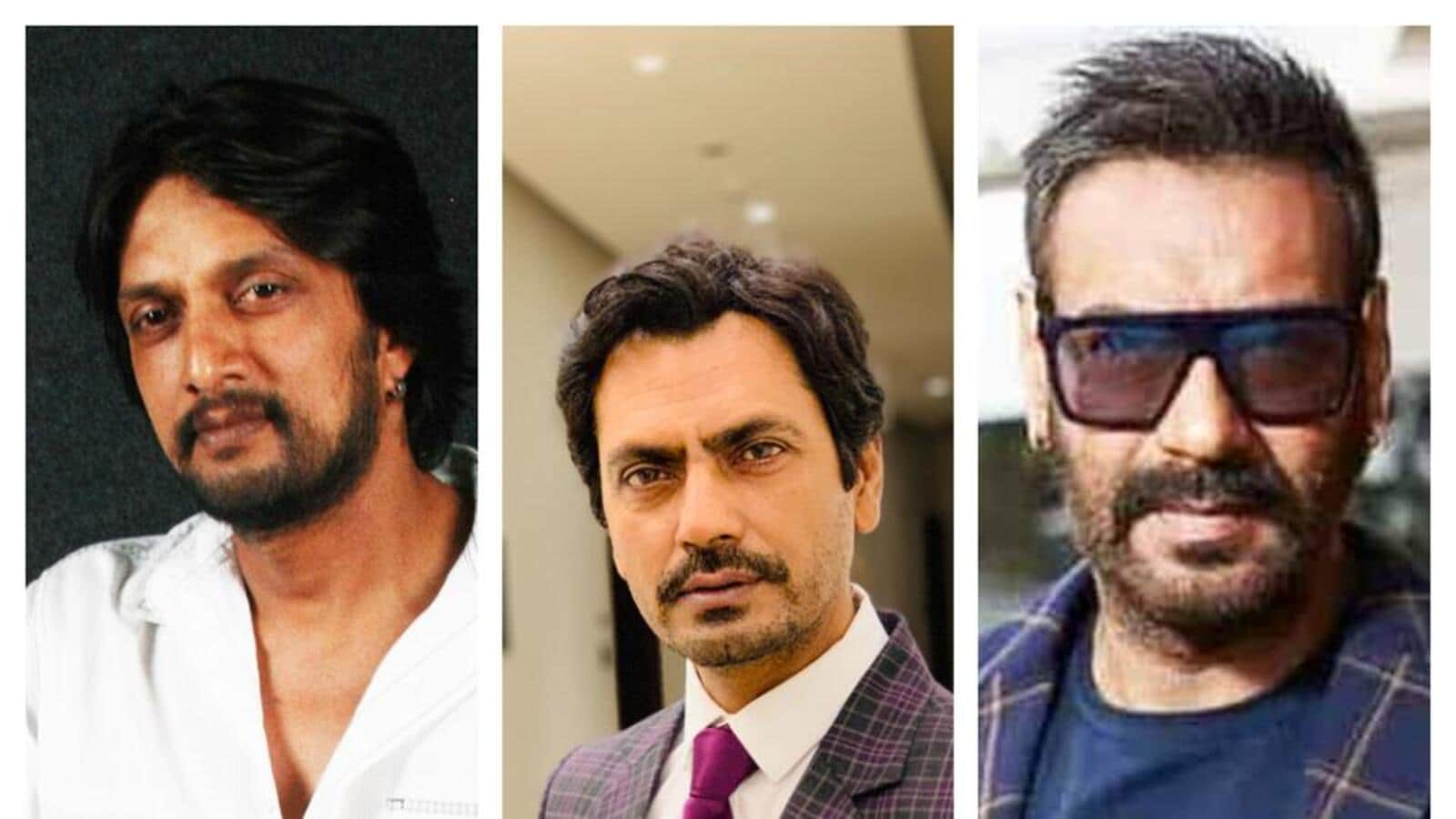 Ajay Devgn-Kiccha Sudeep get into a twitter spat: Is it South film industry vs Bollywood now?


Actors, for long, have expressed displeasure at the usage of term ‘Bollywood’ and urge that it should be called ‘Hindi film industry’ instead. Adding another dimension to this debate, actor Nawazuddin Siddiqui, at a recent event, called out the Hindi film industry. He said the industry uses “too much English”, from script, screenplay, narration to the language people on set talk in. And he lauded south film industry for staying true to their regional dialect and sticking to it.

And now, this debate has further gained steam with actors Ajay Devgn and Kiccha Sudeep locking horns on Twitter. Devgn called out Sudeep for making a comment at an event: “Hindi is no more a national language and that Bollywood is struggling, hence they are making pan-india films” through a tweet typed in Hindi. Devgn replied that if Hindi is not the national language, then why are south films being dubbed in Hindi.

Trade experts opine that the clash of words over language could have been avoided. “I don’t know what Sudeep meant in his statement. It was a baffling comment. Just because some language film is doing well, it can’t be the fabric of the cinema,” says Komal Nahta.

Trade expert Atul Mohan adds that Sudeep was “wrong on his part”, adding that Indian cinema is not specific to any language.

Some words were lost in translation also, feels producer Girish Johar. “It is about perspective. I don’t think they meant what we are thinking. They know it is one country and one cinema,” he shares.

This debate has also left the members of regional film industries divided.

Reacting to the conflict, actor Shriya Saran, who was recently seen in RRR, is surprised why people still use terms like “Bollywood, Tollywood, Kollywood” to define cinema from a particular region. “Why don’t we call it Indian cinema,” she asks, adding, “The recent success of films proves the fact that we are looking at one industry, and it is high time we acknowledge it.”

Many are also surprised by the timing of the conversation, as it comes after regional cinema has earned huge success on the big screen as well as in the web space, with KGF 2, RRR, Pushpa: The Rise gaining immense popularity. “Language is not something one should be bothered about. Right now, regional films are working, because the content is great and is connected with the audience, for instance, Gangubai Kathiawadi,” says Saiyami Kher, who has done several films down south.

Here, actor Aakanksha Singh, who has worked in Telugu cinema, stresses, “Languages unite people and do not divide it and the same goes with cinema. In fact, it helps people to unite and gives the opportunity, especially for actors and creative people to work across different language mediums.”

To which, actor Avika Gor adds, “Regional and the so-called Bollywood films both coexisted before too. It is just that now south films are getting audiences nationally and globally. But cinema doesn’t have any language barrier anymore. At the end of day, cinema is cinema, not regional or Bollywood.”

Some also feel that this divide and stereotypes still exist, and actors often experience these while finding a way in Hindi and south film industry.

Actor Pia Bajpai reveals, “There was one co-star of mine in the Hindi film industry, who said, ‘south ko puchtha kaun hai’. And if you notice, actors from Hindi showbiz aren’t picked for lead roles, but villains, which show the divide. Bahut saare double standards abhi bhi hain.”

With several pan-India such as Liger, Merry Christmas, Brahmastra in the making, some feel that this debate holds no relevance.

Director Mahesh Manjrekar opines, “When it comes to cinema, language doesn’t matter. We have seen a dubbed Kannada film getting a business of over ₹300 crore. So, the debate is useless right now. Right now, Hindi cinema is competing with Tamil, Telugu, and English all together.”

In agreement to the point Sudeep made in his tweets, Fair & Lovely actor Shwetha Srivatsav feels with star status comes a lot of responsibility. She says, “As entertainers, we have a huge responsibility of representing our language, nationality, humanity, through our work and our name… With huge respect to all the artists and creative people in our country, I agree with Sudeep sir, as we love all good films no matter which language it is made in India. It is an Indian film.”

Actor Suraj Gowda comes forward to support Sudeep, saying, “We respect every language and no single language will make sense to be the national language. There is a reason why our currency embodies all our languages. I think Sudeep sir made it quite clear when he said what would the situation be if he’d typed in Kannada. We expect senior actors like Ajay Devgn to speak more responsibly.”