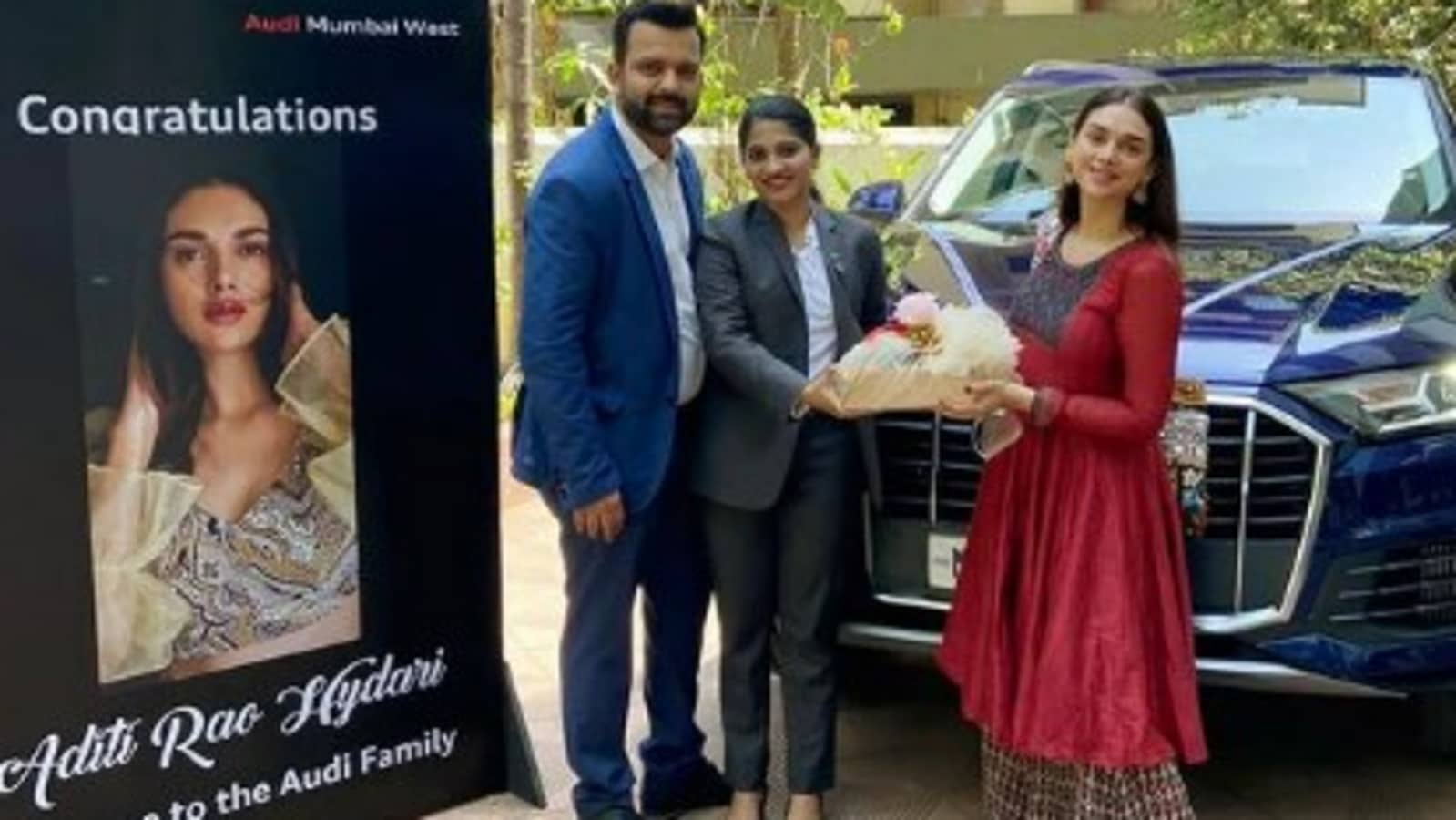 Actor Aditi Rao Hydari is latest name from the Indian film industry to purchase a brand new Audi Q7 SUV. Pictures of Aditi collecting the keys to her car were shared on social media by the official account of Audi’s Mumbai West showroom. The luxury SUV is priced upwards of ₹1 crore (on-road price in Mumbai), depending on the variant. Also read: Aditi Rao Hydari: I can say confidently that I have made many mistakes in my career

Taking to Instagram on Wednesday, the account of Audi Mumbai West posted a carousel of pictures featuring Aditi collecting her car at the showroom. In the first picture, the actor was seen standing in front of the blue car, taking a gift hamper from two employees at the showroom. A standie featuring the actor’s name and picture was placed next to them. “Congratulations Aditi Rao Hydari. Welcome to the Audi family,” it said.

In another picture, Aditi–who was dressed in a red kurta–could be seen applying vermillion as part of a ritual under the car’s hood. Other pictures showed the car (albeit covered) and a picture of gift hampers. In the recent months, Shanya Kapoor, Tejasswi Prakash, and Athiya Shetty have also purchased this car, which is proving to be a favourite among the celebs.

Aditi was recently seen in the Tamil film Hey Sinamika, which also starred Dulquer Salmaan and Kajal Aggarwal. The Brinda directorial, released on March 3. The actor was seen in three films that released on Netflix last year– The Girl on the Train, Ajeeb Daastaans, and Sardar ka Grandson.

She will be making her web series debut this year in Amazon Prime Video’s Jubilee. The Vikramaditya Motwane show explores the formative years of Bollywood and also stars Prosenjit Chatterjee, Aparshakti Khurana and Wamiqa Gabi.